CABO GRACIAS-A-DIO [Cabo Gracias a Dio] is a County located in the Nicaraguan Department of Zelaya (Central America). In the 1904-09 years it has produced its own stamps — overprint names (Spanish) "Cabo" or a capital "K" in conjunction with another text on stamps of Nicaragua, which is connected with the difference of course is money in the Department and in the rest of the country. Taken in 1912.

CALCOGRAFIA — engraving on copper. The picture of the sign postage on the plate were engraved mechanically and etched with acid. Calcografia were used in the manufacture of postage stamps since the mid-19th century (for example, stamps of Saxony 1851).

CALENDAR PHILATELIST — a collection of popular articles on different issues of philately, issued in the form of a Desk calendar. Produced by the publishing house "Communication" annually in the years 1966-79 (except 1968) — a total of 13 collections.

KAMPUCHEA [Peoples Republic of Kampuchea] , people's Republic of Kampuchea is a country in South-East Asia. Under the name of Cambodia, a former protectorate of France in the French Indochina, 1951 — 70 years is an independent state, the Kingdom of Cambodia, in the years 1970-75 Khmer Republic, in the years 1975-79 Democratic Kampuchea, 1979 — people's Republic of Kampuchea. Until 1951 used stamps of French Indochina. In 1951, 1952 entered into circulation its own brand. In 1952 issued by the postal-charity stamps, in 1953 — an airmail. The first units came out in 1952, commemorative stamps in 1955, postage due, in 1957. The stamp 1968 depicts the building of the Polytechnic Institute, built with Soviet assistance. On stamps 1951-70 years the inscription (in French) "Kingdom of Cambodia", on stamps 1970-75 years, an inscription (in French) "Khmer Republic". In the years 1972-75 the right to issue stamps was provided by a foreign philatelic Agency; it was published about 100 brands and 97 blocks, not counting bezzubova options. A number of brands released on a gold foil. During the existence of the so-called "Democratic Kampuchea" in the years 1975-79 emissions of stamps was not. In 1979, after the country's liberation from Pol pot gang began to recover a normal life, including communication system. In 1979-80, at Phnom Penh post office sold the envelopes with stamps pasted on them of previous editions of Guinea-Bissau (English) abbreviation of the name of the people's Republic of Kampuchea. From the April 1980 issue of its own brands. Released standard, commemorative and other stamps and blocks. 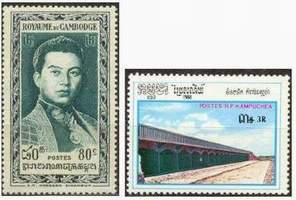 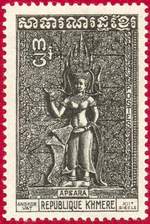 Postage stamp of the Khmer Republic

CAMEROON [Kamerun, Cameroun], the Republic of Cameroon is a country in West Africa. The German colony 1884-1915 years, in the years 1-world war II occupied by the Anglo-French troops, and then divided into 2 parts. In East Cameroon, the former mandated territory of France, West Cameroon — the former mandated territory of great Britain (has been included in Nigeria See Western Cameroon). The independence of East Cameroon was proclaimed in 1960. In 1961, after the annexation of the southern part of West Cameroon Federal Republic of Cameroon, in 1972-83 years the name of the state the United Republic of Cameroon. The German post has worked in Cameroon since 1887. In 1887-1901 years used stamps of Germany overprinted with the (German) "Cameroon"; in 1900 entered into circulation its own brand of colonial type (yacht "Hohenzollern") that were in circulation until February 1916. During the period of occupation in 1915 by the English mail on stamps of Cameroon made overprint (English) abbreviation of the text of "Expeditionary forces in Cameroon" and the denomination in English currency. French post has released in 1915 stamps of Gabon with overprint (French), "Franco-British expeditionary force. Cameroon", and in 1916, 1917 years — the stamps of Middle Congo with overprint (French) "French occupation of Cameroon" or "Cameroon. French occupation". The issue of own brands in Eastern Cameroon were made in 1921 — 59 years, primarily brands of the colonial type. The first commemorative stamps came out in 1931, the first in 1937 an airmail stamps — 1941 stamps, postage due stamps from 1925. Own brand of independent Cameroon produced since 1960. The first series marked the Declaration of independence. First an airmail stamp issued in 1962, the first in 1964. In 1963, the brand released the release from the postal collection. The Western mail devoted a number of its brands to Soviet successes in space exploration, the 100th anniversary of the birth of V. I. Lenin noted the special edition. 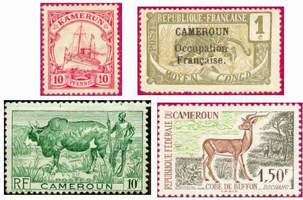 CANADA [Canada] is a country in North America, occupies the Northern part of the mainland and adjacent Islands of the Canadian Arctic archipelago, Newfoundland, Vancouver. Until 1867 the British colony in 1867 — the dominion. In 1931, the British government has recognized Canada's independence in foreign and domestic policies. The first colonial mail stamps issued in 1851. In 1868, entered into circulation stamps of the dominion. In 1875 released the first stamp for shipments registered in 1897 — the first commemorative stamps, in 1898 — Express. An airmail stamps issued in 1928, the first in 1978, service stamps in 1949 postage due — 1906. A number of the stamps of Canada issued in booklets. 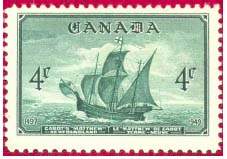 CANARY ISLANDS [Isias Canarias] — Islands in the Atlantic ocean off the Northwest coast of Africa, the territory of Spain. In 1936-38 the years, there were produced the mail, an airmail postal tax stamps — overprints of the relevant (Spanish) on stamps of Spain and with original drawings.

Canceling POSTAGE is the collective name of various forms and methods of cancellation of the postage stamps and templetonia mail, taken by the mail of this country. SAP post include blanking and stamping all kinds of postal stamps and stamps, as well as special forms of damping (pencil, finger, pen, ink and others), produced by the postal workers.

BLANKING NEWSPAPER PRINTING — a method of blanking newspaper brands, is widely used in different countries (e.g. Austria, France) in the 19th century, Stamps were pasted on clean sheets of paper and quenched (sealed) typesetting simultaneously with the printing of Newspapers.

Damping of the TAX is the collective name of various forms of tax cancellation special stamp tax revenues, the labeling by hand, official seals and more. Damping of the tax indicates that the mark was used not as a sign of postal payment, and to designate paid tax. Stamps with Cancellation of the tax are not formally objects philatelic collectibles, as it is not associated with the activities, so they are included in specialized collections of research character.

Damping of the PRE — title mass way of cancellation of postage stamps in sheets, run by the postal administration before selling them to any large customers that send mail in large quantities. Stamps with Cancellation pre-pasted on the mail, do not require additional damping, which facilitates the work of postal employees. Damping is pre-stamps a special design and is most often printed. Cancellation of the provisional postage stamps prevalent in the USA, France, Belgium and other countries. 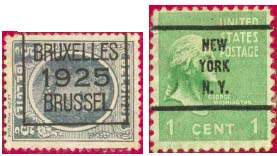 Cancellation of the provisional postage stamps of the United States, Belgium

EDITIONS of the CANTON (now Guangzhou, South China). Here from 1834 to 1922 intermittently worked for the British post office. Used stamps of Hong Kong (Hong Kong) and British mail to China (1917). In 1862, the French open and the post office was used from 1901 stamps of French Indo-China virgin Islands (of French) the name of the city. Closed in 1917. 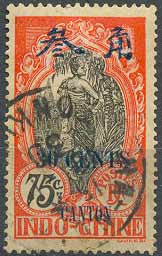 Postage stamp of the Canton

CANTONAL STAMPS — philatelic title postage stamps of the cantons of Switzerland — Basel, Geneva and Zurich. The first stamp issued in 1843 (and in Basel in 1845) and were in circulation until 30.09.1854. With 01.10.1849 allowed to post treatment in all of Switzerland. 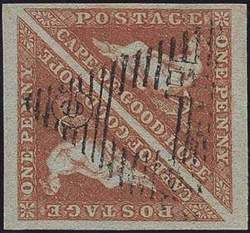