EAST CORRESPONDENCE — inscription on stamps of Russian mail in the Ottoman Empire 1868-90 years.

EASTERN RUMELIA [Roumelie Orientale] — an Autonomous region within the Ottoman Empire established on the territory of Bulgaria in 1878, with its own postal service since 1879. The first stamp issued in 1881 — overprint (French) abbreviation of the name of a territory on stamps of Turkey. In 1881, released as a brand, a repeating pattern of stamps of Turkey, but with the words "Eastern Rumelia" in French, Greek, Bulgarian and Turkish. In 1885, the result of a popular uprising in Eastern Rumelia became part of Bulgaria. In 1885, on stamps of Eastern Rumelia overprint made of a heraldic lion with no border and framed with the inscription (Bulgarian) "southern Bulgaria". With 01.10.1885 year in circulation were stamps of Bulgaria.

EAST SAXONY [Sachsen Ost] — the land in the Soviet zone of occupation of Germany with Dresden (now part of Germany). After the surrender of Germany's Main postal Directorate in Dresden 23.06.1945 year issued a stamp 12 Pfennig with the words "Mail" in Russian and German asukas. Withdrawn from circulation the same day. In July came the brand only with a German inscription. The issue lasted until February 1946. Withdrawn from circulation 31.10.1946 year and replaced the brands of the Control Council for Germany. 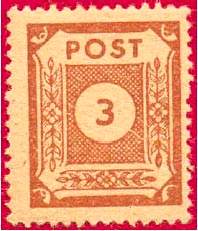 EASTERN SILESIA [Silesie Orientate], Těšín Silesia — a territory of the Austro-Hungarian Empire until 1918. For the solution of the question of governmental affiliation in 1920 a plebiscite was held. In areas under the control of the Polish administration used stamps of Poland, and in 1920 — stamps of Poland overprinted (French) "V. S. 1920". Taken 20.09.1920 year. In areas under the control of the Czechoslovak authorities in the appeal were stamps of Czechoslovakia with overprint (French) "B. C. 1920". 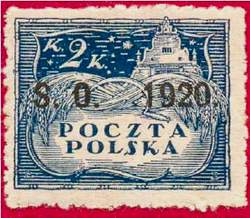 EBONY EDITION[Abony, Hungary]. In 1945 in the city of Abony produced by the local release of stamps. 28 miniatures of Hungary the various editions were made by hand overprint of new nominal value. Circulation of stamps is small. Known counterfeits.

EDITION of is the collective name of various publications of: souvenir sheets, commemorative vignettes, special cards and cards for maximum cards. The Board of produces a variety of philatelic literature, badges and calendars philatelic subjects, as well as informational and promotional materials.

The STANDARD EDITION is the collective name for various email publications (postage stamps, postal stationery , etc.), designed for mass use for a long time for postage and other postal services. The standard editions are produced in large editions, sometimes in parts. For the release of the standard used the cheapest printing techniques. Postage stamps of the standard Editions are small, usually printed in one colour, the whole thing Releases have only required the standard postal service design. The standard editions of some countries (e.g. Norway, Sweden) are in postal circulation for several decades. 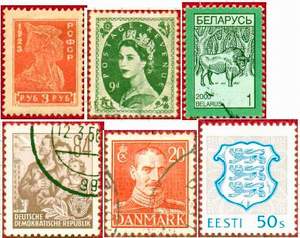 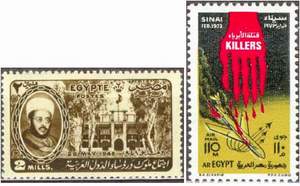 Egyptian mail abroad. The Egyptian mail in the 19th century had in several cities abroad own offices. Used stamps of Egypt, which was extinguished by a round stamp with the inscription at the top (French) "Vice-Royal Egyptian mail" and the name of the post office downstairs. The post office was in the Ottoman Empire (in Alexandretta, Beirut, Chios, the Dardanelles, Jeddah, Gallipoli, Jaffa, and others), Ethiopia (in Harer, Massawa), the Sudan (in Abu Hamed, Berber, Wadi Halfa and others). The last branch closed in 1834.

Editions of the British troops in Egypt. In accordance with the Anglo-Egyptian postal agreement with 01.11.1932 29.02.1936 for British servicemen and their families stationed in Egypt enjoy the right of preferential postal communication with great Britain. Their postage instead of Egyptian stamps on the back of the envelope were glued stickers (English) "British forces in Egypt." On the address side is stamped with the inscription (English) "Egypt. Fare paid". In 1936, all those stickers (11 different) replaced special stamps egipetskii mail with the words (English) "Egypt. Military mail". Taken in April 1941. The post the agreement was terminated in October 1951.

ENGRAVING— a method of manufacturing a printed form. Elements of the image are cut at seotoolset material (stone, metal, wood, etc.). Engraving is done manually or through various mechanical and automatic devices.

ENGRAVING the name of the print printed products obtained using the engraved printing-of the original, accurately transmitting small details the author's pattern. Depending on the material, on which is engraved the clichés-the original, there are prints on metal (steel engraving), copper (calcografia), wood (xylography), stone (lithography), linoleum (linocut) , etc. Engraving is widely used in printing postage stamps in many countries.

ENGRAVING BOARDS — the title of the printed forms used in the 19th century as matrixes for printing stamps. On Engraving boards were strengthened with plates with hand-engraved images of brands, so printed the grade sheetobtained from the Engraving Board, the brand had some differences. With Engraving Board was printed in the first issue stamps of great Britain.

ENVELOPE-MAX — philatelic title (similar to card maximums) art mail envelopes, an illustration of which repeats the pattern separately issued postage stamps. Envelope-the maximum include 3 elements: the actual envelope, a postage stamp, glued to it, and imprint postage, time and place of extinction, as well as for the purpose of manufacture having a certain pattern postage stamps and envelopes. 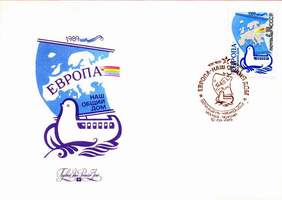 ENVELOPES an airmail — kind of postal envelopes for shipments sent by airmail. Contain the corresponding inscriptions or decoration (e.g., edging around the perimeter of the alternate, oblique stripes). In labeled Envelopes an airmail printed face value of the franking method corresponds to one of an airmail rates. An airmail envelope was issued in many countries, in the USSR — 1949 (recently — only for international correspondence). 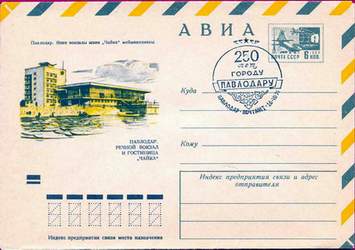 ENVELOPES BUSINESS CARDS — the name of the special envelopesto send only business cards. Produced, for example, in Russia (in Odessa) in 1878-84 years as a charitable publication. Income from the sale went to the local office of the red cross society. Envelope business cards — custom stamp collecting.