FADING — the change of the original color (brightness, hue) of the colors of stamps under the action of sunlight or artificial light. The degree of Fading depends on the composition and layer thickness of the inks, printing method, type and composition of the paper, the intensity and duration of exposure to light.

THE FAR EAST. The territory of the DDA became part of the RSFSR 15.11.1922. In connection with the difference currency in the far East and the Russian Federation on stamps of the RSFSR were made overprint abbreviation "DV" and the new value. Stamps were in circulation until the beginning of 1924, and then replaced by stamps of the USSR. In July 1923 for the first time in the far East mail transported by aircraft. For payment of additional fare released a series of stamps with overprint outline of the aircraft, the text "Vladivostok 1923. 20 kopecks." was only Used for this flight. In 1923 the far Eastern Department of the Commissioner for philately. and Bonham released 5 types of stamps for payment of fee for the letter of the foreign philatelic exchange, however, they were soon withdrawn by order of the Organization of the Commissioner for philately and Bonham in Moscow. 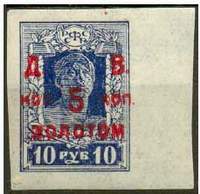 Far Eastern REPUBLIC (DDA) — democratic Republic in Eastern Siberia, the far East in the years 1920-22. In November 1922 became part of the RSFSR. Own stamps were issued in September 1920 in Vladivostok overprint acronym "DVR" on stamps of Russia. Napechatana and savings stamps, stamps Omsk release, as well as whole things. In 1921 he published the stamps with original drawings. After the liberation of Vladivostok from the whites 25.10.1922 produced a commemorative edition in honor of the 5th anniversary of the great October socialist revolution. In Chita in 1921 he published a series of stamps featuring the emblem of the DDA with the inscription "Postage stamp" untitled gosudarstava. Were in circulation throughout the DDA. 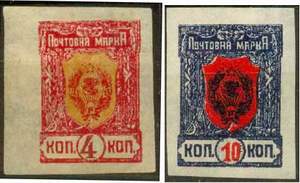 FILLING — restoration of postage stamps, which disrupted the structure of the paper ("thin places", various small holes), applying an additional layer of paper pulp in places with defects, followed by drying under pressure. Performed by a qualified restorer. 3аполнение using paper pulp of the same composition with the paper being recovered marks difficult to detect.

FIRST DAY covers (FDC) —the name of the special envelopes (unmarked) with pasted on them by the signs of postal payment of certain series and is cancelled with a postmark with the date, the first day of their receipt for the postage. FDCs can be issued officially by the postal authority and a variety of philatelic and commercial organizations, private firms without any illustration or figure, thematically or plot associated with the pasted marks of postal payment corresponding text. The envelopes of the first DNA are produced in various countries of the USSR — officially MS USSR since 1968. 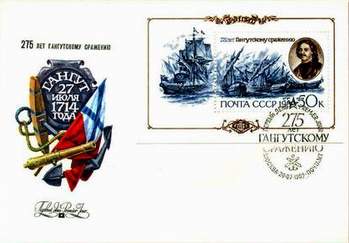 Folder — the name of the philatelic catalogue of postal publications(usually postage stamps and blocks), arranged in chronological order covering the issues of one country, group of countries or the entire world. Contains only the main, the most common philatelic magazine characteristics, main issues and some of the most interesting varieties. The directory shared is the most common form of catalogues of postage stamps around the world, as well as some regional and national philatelic catalogues. Designed for a wide range of collectors. See the specialized Catalog, the Catalog is simplified.

FREE DELIVERY of LETTERS — officially established the postal administration delivery of mail to certain categories without charging postage fees. In many countries, for example, a free service delivering letters to soldiers in active service or during the war, from the army, official correspondence of the post offices and the like. In the Russian Federation with 01.01.1919 to 15.09.1921 free delivered all of the simple domestic and international letters and postcards.

FROM the MAILBOX — text notes (using the stamp or by hand) to mail out of the mailbox and incoming mail to the company with violations in hiring, for example, the administration belonging to the category "custom", but no address of the sender.