United KINGDOM [Great Britain], United Kingdom of great Britain and Northern Ireland is a country in Europe, in the British Isles. United Kingdom — the birthplace of stamps. First stamps issued: 06.05.1840 is 1 penny (the"penny black") and 08.05.1840 2 pence. On stamps of great Britain gosudarstava name is not specified. The first commemorative stamps issued in 1887. Since 1960, their number increased and from 1964 have changed their style: left stamp with a portrait of Shakespeare, and then a series of portrait stamps, while the stamps could only hold the portrait of the monarch. In 1978 published the first block, 1882-1904 — service stamps, 1914 — postage, in 1876-81 and Telegraph. In 1853-82 as postal used stamps. 1958 definitive stamps have a phosphorescent stripes of varying the position and number, are also printed on fluorescent paper.
AviaMarket The UK. An airmail stamps British post office is not released. However, issued some private postal airmail stamps, permission to use which the postmaster General in may 1933. In this regard, they have the status of semi-official releases. Was used for an airmail shipment in may, August and November 1933.
British consular mail — the post office, organized in 1814 with the consulates for consular agreements of great Britain with foreign States. The British post office worked in Argentina, Bolivia, Chile, Colombia, Panama, Cuba, Danish West Indies, Dominican Republic, Ecuador, Haiti, Guadeloupe, Mexico, Peru, Nicaragua, Puerto Rico, Uruguay, Venezuela, USA, Spain, Madeira, in Fernando Po, Amine (Macau), Egypt. Here from 1854 used stamps of great Britain, before that mail was put a special round stamp with inscription (English). "Paid" and the image of the crown.
British consular mail on the island of Madagascar. British Consulate on the island of Madagascar from 1884 issued their own stamps. On rectangular pieces of paper 4 times the printed word (English). "Mail" or "Mail" and the denomination, was the seal of the Consulate, which was divided vertically, punching, forming 4 horizontal stamps. Seal in black or violet color. Withdrawn in 1887. In 1895 issued 2 series of stamps with the inscription (English). "British inland mail" sootvetstvenno 7 and 6 values each. Withdrawn at the request of French authorities.

Postage stamps of great Britain
British post in Eastern Arabia. In 1948 the number of Arab sultanates in Eastern Arabia was organized by the British post office. Entered into circulation stamps of great Britain overprinted with new face value in local currency. The country name was not specified. Brand designed initially for Muscat (used with 01.04.1948 at 29.04.1966), were circulated in Dubai (with 01.04.1948 to 06.06.1961), Umm said (February 1956 to 31.03.1957), Abu Dhabi (with 30.03.1963 to 29.04.1964), on the island of Das (December 1960 29.04.1964). The latest release in 1961 commemorative stamps.
British post in the Levant — British post in the Ottoman Empire, organized in 1832. The first post office established in 1854. Offices were in Smyrna, Constantinople, Beirut and Thessaloniki. Used stamps of great Britain. From 1885 were issued special stamps — the stamps of great Britain overprinted with new face value in Turkish currency. From 1905 on the stamps was done and Mauritania (English). "Levant". These stamps were used to pay for the delivery of parcels, Newspapers and parcels and has replaced the stamps of great Britain, which continued to be used after the introduction of stamps with values in Turkish currency. The post office in the UK closed in September 1914, in addition to offices in Thessaloniki (1912 — Greece), which was closed in October 1914.

Stamps of the British mail in the Levant
British post on the island of Crete. In 1898, during the uprising of the Greek population of Crete in the Eastern part of the island landed British troops. In Heraklion, was opened post office. The appeal was received stamp with the inscription (gr.) "Temporary post. Heraklion". In 1898-99 released 4 stamps. Used only within the limits of Crete. For overseas shipments required additional payment. Used stamps of Austrian post offices.
Besides the usual stamps, stamps also quenched stamped with the name of the local settlements in the Greek language. Reprints of these stamps are often mistaken for overprints

Stamps of the British military administration
Editions of the English Islands. A large number of Islands off the coast of great Britain is in private ownership. The owners organized a private mail, delivering correspondence of tourists, and sometimes locals to the nearest post office. To pay for issued own stamps. Private mail exist or existed on the Islands Calf of man (1962-73), Drake (1973), Gag (1972-80), German (1949 — 69), Jet (1960-69), Lihu (1966-69), Lundy (1929), PABA (1962-70 and 1972), Sanda (1962-70), summer (1970). All other editions, for example, on the Islands Bardsey, Berner, St Kilda, Shuna, Staffa, etc., represent the gift of vignettes and could not be regarded as stamps of private post offices.
Regional editions of the UK. In 1958 British post began producing regional brands for different regions of the country — Scotland, Northern Ireland, Wales, Islands of Guernsey, Jersey and the Isle of man. Brand repeated drawings of standard stamps of great Britain, but with the addition of local emblems. Regional stamps for Scotland, Northern Ireland and Wales are published to date. Regional issues for Guernsey, Jersey replaced its own stamps in 1969, man — in 1973.

UNIT (part of stamp sheet) — the philatelic the name of the stamp sheet, consisting of separated from one another (interlocked) stamps. Depending on the number of stamps and their locations are: the postage stamp block (4 stamps in combination 2X2), pair (any 2 undivided mark), the strip vertical or horizontal (multiple marks in the same row, vertical or horizontal), Chastillon (6 marks located symmetrically in 2 or 3 rows), etc.

UNIT NUMBER — the name of postage stamp blocks, with printed serial number. It was believed that it protects from tampering or subsequent dopechatat. The unit number is usually issued in limited editions. The presence of the sequence number is not a postal necessity, is purely commercial-philatelic in nature. The numbered blocks are produced in many countries, in the USSR for the first time in 1964 for the Olympic games in Tokyo (No. 3085), with a circulation of 35 thousand copies Cm. "Green block". 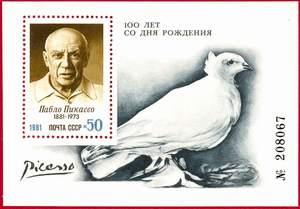 "BLOCK VADUZ" — philatelic block name of Liechtenstein, issued in 1934 in honor of the 1st National exhibition in Vaduz. 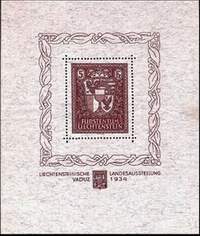 "BLOCK VIP" — philatelic block name of Austria, issued in 1933 in honor of the International philatelic exhibition in Vienna (AIAI). 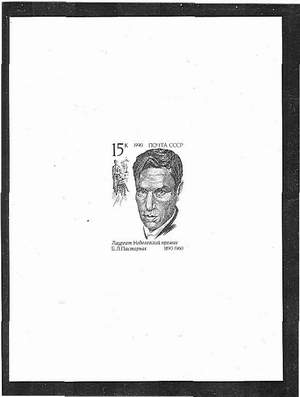 Universal POSTAL CONVENTION (MIC) — the basic act of the UPU, the main document defining the main goals and objectives of the Union and the procedure of its work. The MIC contains rules and regulations related to the activities of the UPU, etc. Adopted in 1874, in the future, is regularly reviewed at the sessions of the UPU.

UNIVERSAL POSTAL UNION — in the years 1874-78 title of the universal postal Union.

UPPER SENEGAL AND NIGER [Haut-Senegal et Niger] — French colony formed in 1903 from the colony Senegambia and Niger. In 1921 divided into the colony of French Sudan and Niger (Francecca the territory of Niger). Private stamp issued in 1906-16, postage — 1906-15. 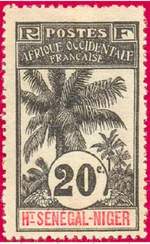 UPPER SILESIA [Gorny Slask]. On the territory of Silesia, which was ceded as a result of the plebiscite, to Poland, in 1922 issued special stamps patterned stamps of Poland, but with the value of the German currency. Used to 30.04.23, later replaced by stamps of Poland. 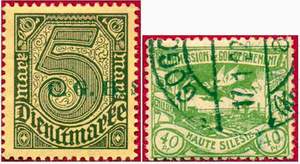 Upper Volta [Trucial States] — gosudarstvovo, arose in the 19th century as a result of the dismemberment of the Sultanate of Oman to the Sultanate of Oman and Muscat and the so-called Pirate coast (1953 upper Volta), composed of the principalities of Abu Dhabi, Ajman, Dubai, RAS El Khaimah, Umm al-Quwain, Fujairah and Sharjah. 1971 — United Arab Emirates. Until 1961 used stamps of the British mail in Eastern Arabia. In 1961, issued stamps with the inscription (English) "Contractual (Pacification) gosudarstava" was used only in Dubai until 1963. Since 1963 all Principality began issuing its own stamps; withdrawn from circulation in 1972. 1973 are in circulation stamps of the UAE. 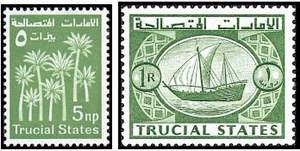 UPPER VOLTA [Haute Volta], 1984 Burkina Faso — state in the Western part of Africa. The former French colony, established in 1919 in the southern part of the colony of Upper Senegal and Niger in 1932, divided between Ivory Coast, French Sudan and Niger. Restored in 1948. Independence proclaimed 05.08.1960, until August 1984 the Republic of Upper Volta. First stamps — overprint (French) the colony name on stamps of Upper Senegal and Niger — issued in 1920. The release marks continued until 1931. From 1948 used stamps of French West Africa, 1959 and resumed issuing its own stamps. The proclamation of the Republic marked by the publication of a commemorative stamp. 1961 printed with an airmail stamp. The first block was issued in 1964. Edition commemorative stamp marks the 100th anniversary of the birth of V. I. Lenin; the Olympic games in Moscow (2 series and 2 blocks). In 1963 released service stamps, 1920-62 — postage. 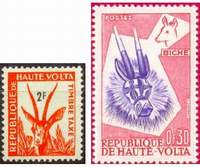 URBAN MAIL SERVICE (GSP). Organized ngcas of the Soviet Union in 1929 for the service post office state and public organizations and enterprises, individual teams. Operates in major cities, has its own enterprise with a separate numbering. GSP used the postage stamp with the appropriate additional text. In organizations using the services of the GSP, set of marking machine. Payment correspondence certify their impressions on the mail items. There has been a special mankirovanie stamp with additional text "the Fee charged for the calculation." Postage and stamps GSP — special objects of philatelic collectibles.