VADUZ — SEVELEN MAIL [Vaduz — Sevelen]. In August 1918 the government of Liechtenstein in Vaduz has organized the postal service with the Swiss city of Sevelina. To pay for shipping produced a special sticker with the inscription (it.) "Swiss post. Vaduz". In Sevelen the mailing was paid for by the Swiss brands at Swiss rates. The connection lasted about 6 weeks.

VAITUPU [Vaitupu] — the island state of Tuvalu. Since 1984 produces its own brand with the name of the island. 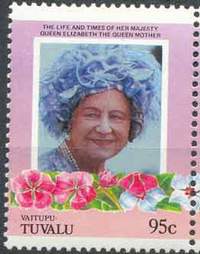 VALENCIA [Valencia] is a historical region in Eastern Spain. During the Carlist wars in 1874 for use in the Valencia produced a special stamp with the portrait of king Carlos. After the flood of 1957, Valencia was held in protection. For reimbursement from 1963 was issued special tax stamps that were paid for the shipment of all internal emails (25 centimos) and telegrams (50 centimos), sent from Valencia and 50 nearby villages. 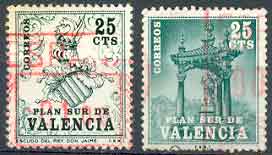 The VALVE is part of the reverse side of the postal envelope is usually provided with glue and designed for sealing. Depending on the provisions distinguish between side, top or bottom Valve. A different form of Valve (pattern) usually leads to the emergence of varieties of envelopes.

VAN DIMEN LAND [Van Dimen''s Land] — the name of the island of Tasmania (Australia) until 1855. This name placed on the stamps of the colony of Tasmania 1853-55. 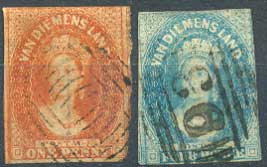 VANCOUVER [Vancouver] island in the Pacific ocean, off the West coast of Canada. A former British colony. Own stamps were issued in 1865 — 2 marks no teeth, then reprinted with teeth. In 1866 the colony of Vancouver became part of British Columbia, and the grade of steel used across the United colonies. 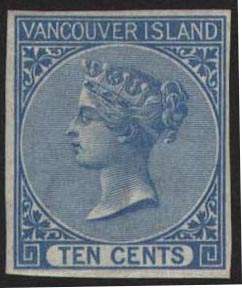 VANUATU [Vanuatu], the Republic of Vanuatu is a country in the Pacific on the Islands of the New Hebrides, a British — French condominium of the New Hebrides. Independence proclaimed on 30.07.1980. Private stamps issued from July 1980, the first in 2 versions, with inscriptions in English or French, from November of 1980 — just for anglijskom language. 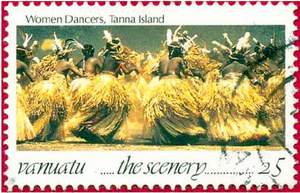 VARIG [VARIG Viacaos Aereos Rio Grande [Do Sul])] — private airline in Brazil, started operations in 1927, is now the largest airline in Brazil. In 1927-34 with the permission of the government issued its own stamps to pay for postal airmail rate. The first issue — overprints on stamps of the type of the Syndicate Condor (no name Condor, which at first had Verigo technical assistance). From 1931 he produced stamps with the original figure (such as "Icarus"). Used stamps with individual printings protective mats have: the letter "R" — to pay for registered mail, the letter "E" — to pay for emergency correspondence. Quenched cliches agents of the company. Stamps withdrawn from circulation in June 1934. 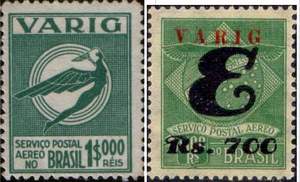 VATI MAIL [Vathy, now the town of Samos island in Samos, Greece]. In the city until 1914 he worked as a post office when the French steamship Agency. Used stamps of France. In 1893-1900 issued special stamps with overprint (FR.) the name of the city and the new denomination in Turkish currency.

VENEZIA GIULIA [Venezia Giulia] —
a). The areas in the Julian Alps, Trieste and Istria, formerly part of the Austro-Hungarian Empire, in 1918 annexed by Italy. In November 1918 entered into circulation stamps with overprint (ital.) "The Kingdom Of Italy. Venice-Julia. 3.XI.18". In 1918-19 on the mail, the Express and doplata stamps of Italy overprint made of text (ital.) "Venezia Giulia" and denominated in Austrian currency. In 1919, entered into circulation stamps of Italy with individual printings protective mats have denominations in Austrian currency. Taken 19.06. 1924 and replaced by stamps of Italy.
b). In 1945, occupied by the Anglo-American troops in Trieste and the surrounding areas — the so-called area And a separate administrative unit, which issued its own stamps — stamps of Italy (e-mail, an airmail and Express) is dated 1945 with overprint (ital.) abbreviations allied military administration of Venezia-Julia. In 1947, replaced by stamps of the Free territory of Trieste. From 1954 are in circulation stamps of Italy. 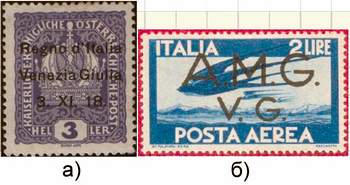 VENEZOLANO — in 1879 the monetary unit of Venezuela, equal to, equals 100 centavos.

VENEZUELA [Venezuela], the Republic of Venezuela is a country in Northern South America. Former Spanish colony. In 1821 gained independence.

Postage stamps of Venezuela
The first stamps issued in 1859 with the coat of arms and the name of the country, 1896 issued the first commemorative stamps 1930 — the first postal airmail, 1944, the first block. In 1951-53 issued 24 series of marks (each 8 postage and an airmail 8) with the arms of the States and territories of the country. Service stamps released in 1898-1942. Fiscal stamps were used as postage in 1871-1965.
Urban issues Venezuela — local issues of its own brands in 1902-03 in the cities of Carupano, Huie, Maturin, mariño due to the termination of centralized supplies of stamps.

VERMEL — name gold-plated silver medal awarded by the jury of the philatelic exhibition for the exhibit, meet certain requirements.

VERONA FAKES — title philatelic fake stamps of Lombardy-Venice in 15 and 30 centesimi, issued 1850-54 to the detriment of mail. Was used in Verona.

VIBO directory [WEEBAU] Directory of Lollini (Lollini), first published annually, but the accumulation of material releases became increasingly rare. Last, the 18th edition came out in late 1990. With 70-ies, after discontinuing other directories space subjects, he was the only one in the world. This monopoly was shattered with the release of the catalogue "VIBO" (WEEBAU), whose name comes from the names of the compilers of Vimal (Weemaels) and Baudouin (Bauduin). The second edition of the "VIBO Valentia" appeared in late 1991 in Antwerp. This is Tom 1168 pages, representing about 13,000 265 stamps of the postal administrations. Unusual order of countries: they are arranged in order of the Latin alphabet the names that each country indicates its postage stamps. Thus, the term "USSR", read in Latin script, were between the Cayman Islands and Central African Republic. Within the country the stamps are in chronological order of their release. The catalogue is published in French language. Introduction, list of terms and abbreviations, are also given in Flemish, English and German. For each release, see the rooms and the price marks on the authoritative stamp catalogues around the world, "Iver", "Michael", "Scott". Also presents brand, not entered in one of these publications, as well as novelties, not yet had time to catalogue numbers. Since custom quotes "VIBO" does not, their price is missing. In addition to the main rooms of bezzubtseva, options such as "Sample", variety in color, paper, stamps per sheet and so on. Note also that the desire to classify all published led to the blockage of the catalog releases are organizations that have nothing to do with the post. The volume is well illustrated and contains over 11,000 images. Missing "VIBO" virtually no, and that he is very good.
All of the above to the directory related to published in early September 1994 "Supplement to the second edition". It contains a description of the grades 1991-1993, and some editions 1994, for example Russia and Kazakhstan in honor of Day of Astronautics. Also clarified the description of some of the previously cataloged editions. Struck by the abundance of "trash" — napechatat space stamps, made in the CIS of different cities, organizations and individuals for the most part irrelevant to the post without. The Supplement contains 120 pages, 941 illustration.

VICTORIA [Victoria] — the territory in the South-East of Australia. Until July 1851 part of the British colony of New South Wales, then a separate colony.

Postage stamps of Victoria
1901 — the Australian Union. Private stamps issued from January 1850 to 1910. In 1897 — the first and only commemorative postal-charity stamps to mark the 60th anniversary of the reign of Queen Victoria; 1900 in connection with the Anglo-Boer war postal tax stamps. Mail of Victoria has also issued postage due stamps in 1890-1907, and was used for postal purposes fiscal stamps in 1870-1901. Brand, Victoria was used until 1913.