On September 7, a postal block dedicated to the 150th Birth Anniversary of Alexander I. Kuprin, writer, was put into postal circulation. 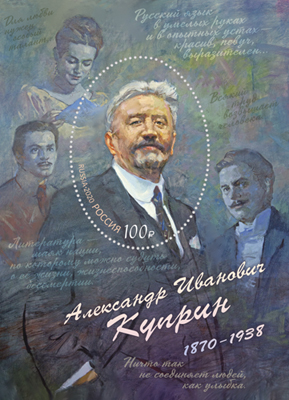 Alexander I Kuprin (1870-1938) was a Russian realist writer and translator.

The most well-known works by A. Kuprin, such as The Garnet Bracelet, Olesya, The Pit, The Duel and others have gained a rightful place in the golden fund of Russian literature. In 1909, the writer was awarded the Pushkin Prize.

In 1918, Kuprin left for emigration. From July 1920, he stayed in Paris. During the years of emigration, Kuprin published several collections of prose: The Dome of St. Isaak Dolmatsky, Elan, The Wheel of Time, novels Jeannette and The Junckers.

The stamp provides an A. Kuprin’s portrait; the margins of the block feature characters of The Garnet Bracelet novel and quotations from his works.

In addition to the issue of the postal block, JSC Marka will produce First Day Covers and special cancels for Moscow, St. Petersburg, Penza, Sevastopol and Kaliningrad. 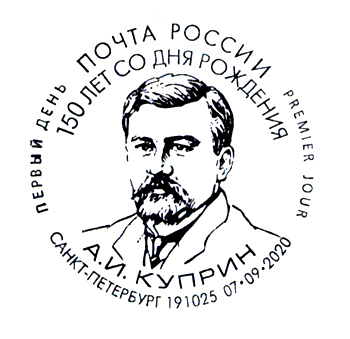 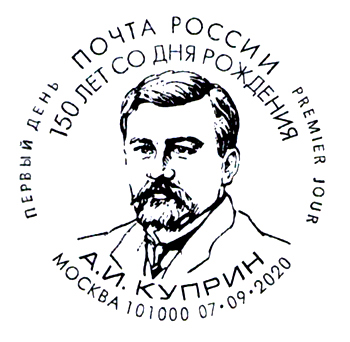 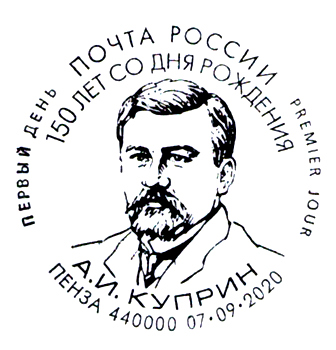 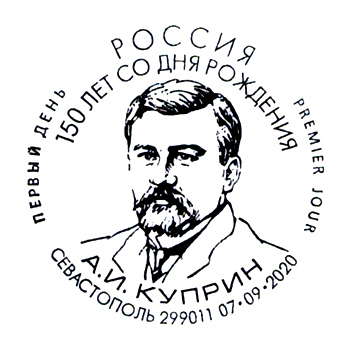