On September 16, a stamp dedicated to the 100th Anniversary of the Exodus of the Russian army and the end of the Civil War in the European part of Russia was put into postal circulation 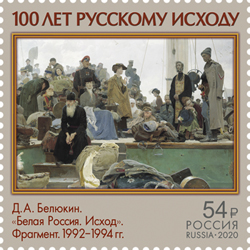 During the evacuation, 126 ships, small boats and tug-boats left the ports of the Crimean Peninsula (Sevastopol, Yevpatoriya, Kerch, Feodosia, Yalta) with up to 146.000 people, not including the crews, on board. Among the passengers there were elderly people, women and children. However, the majority were various military officers of the Russian army of General Baron Pyotr Wrangel. 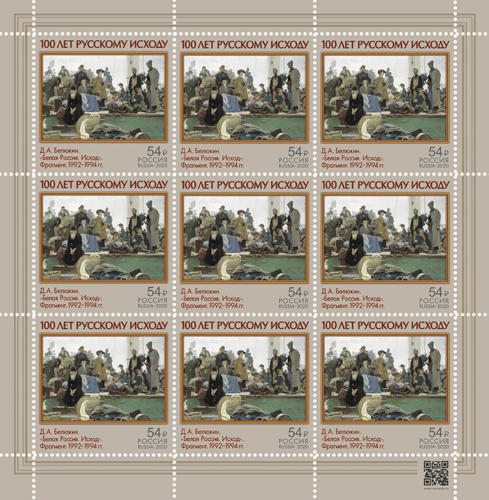 In addition to the issue of the postal stamp, JSC Marka will produce First Day Covers and special cancels for Moscow and Sevastopol. 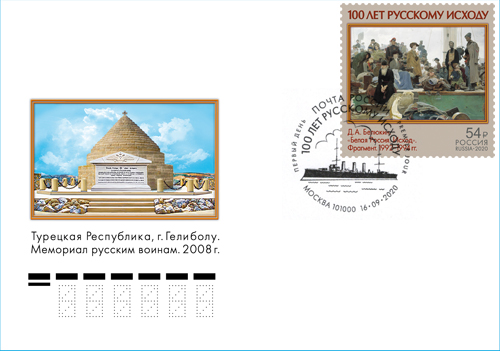 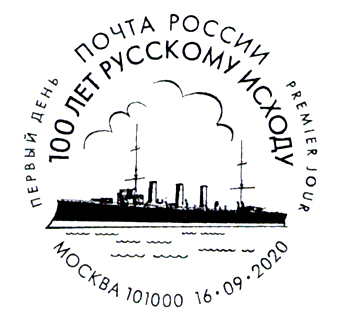 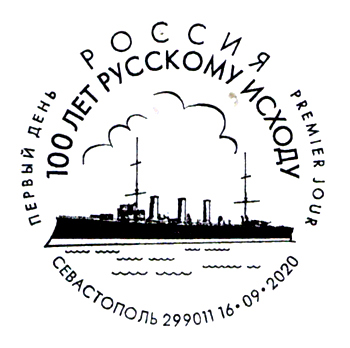