On November 3, two stamps Architecture dedicated to the 100th Anniversary of establishment of dipDiplomatic relations between Russia (RSFSR) and Turkey (the Government of the Grand National Assembly of Turkey, TBMM) were established on June 3, 1920. The 2020 joint issue is devoted to architecture.

The Suleymaniye Mosque is the second most important and the first largest in size mosque in Istanbul. It is located in the ancient part of the city, in the Vefa area. The Mosque was built in 1550-1557 by order of Sultan Suleiman the Magnificent by architect Sinan. The height of the dome is 53 meters and its diameter is 27.5 meters. The mosque has 4 minarets with 10 balconies. The mosque building is well lit inside via 136 windows.

The Moscow Cathedral Mosque is the major mosque in Moscow and one of the largest masjids in Russia and Europe. The first building of the mosque was built in 1904, and on September 23, 2015, a new mosque was opened. The renewed mosque is a six-storied building in the Byzantine style with several different-sized minarets, turrets and domes. The height of the leaf-gilded chief dome is 46 meters and its diameter is 27 meters. Each of the two main minarets is 78 meters high. 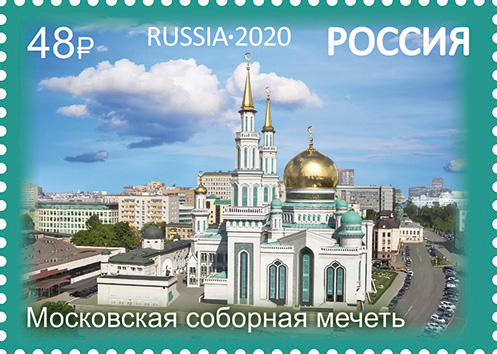 The postal stamps provide images of the Suleymaniye Mosque in Istanbul and the Moscow Cathedral Mosque.

Emission form: a sheet with formatted margins with 8 (2×4) stamps. 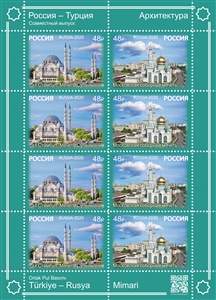 In addition to the issue of the postal stamps, JSC Marka will produce First Day Covers and special cancels for Moscow and St. Petersburg. 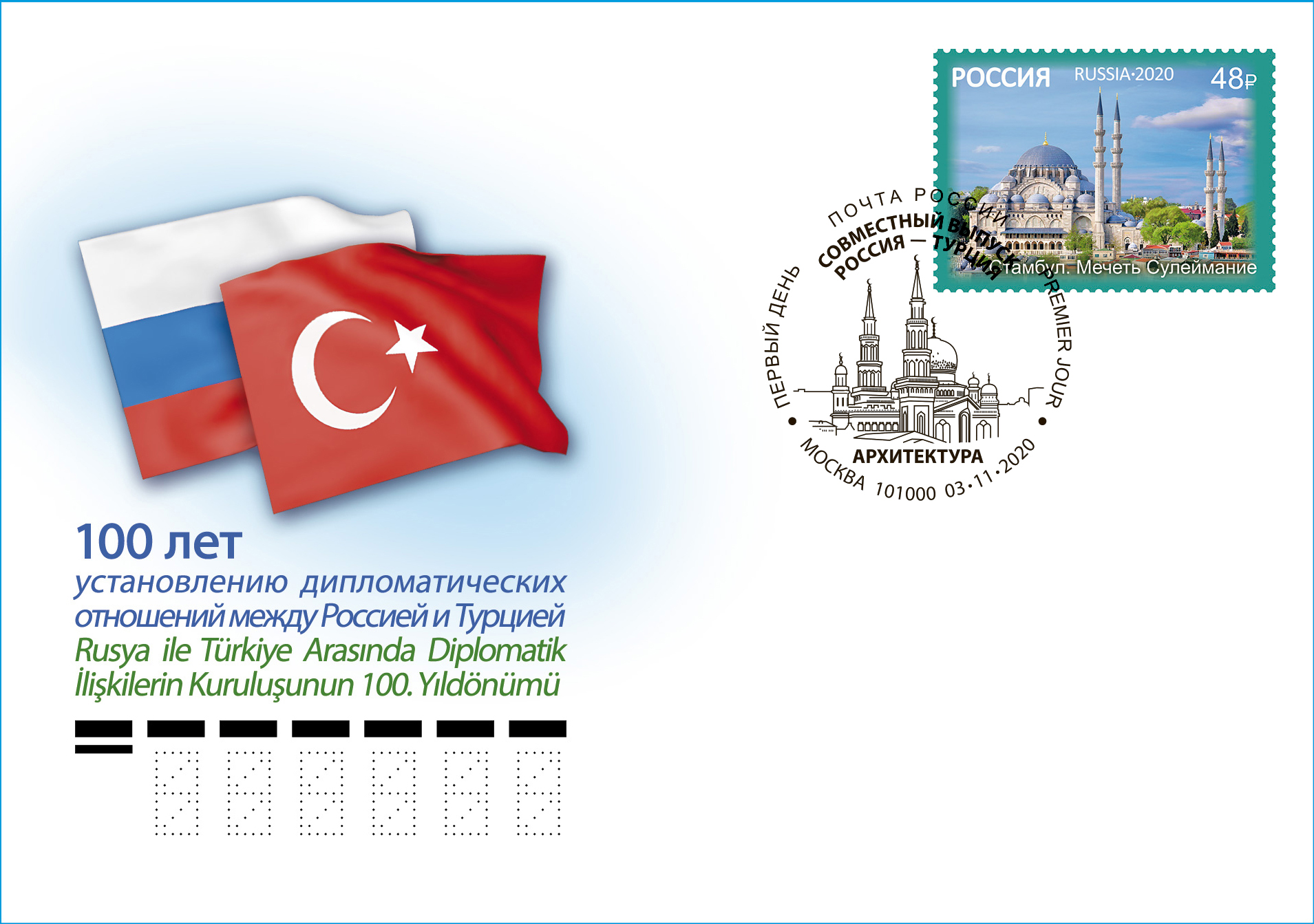 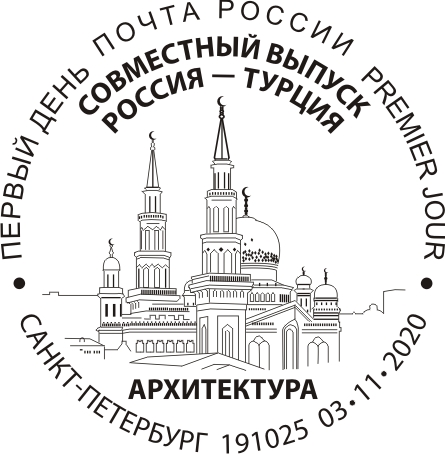 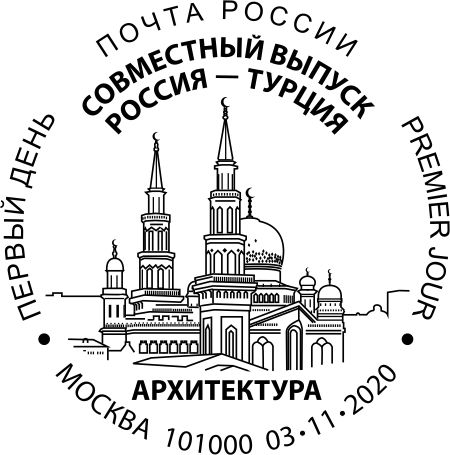