On April 18, a stamp dedicated to the 800th anniversary of Nizhny Novgorod went into postal circulation. 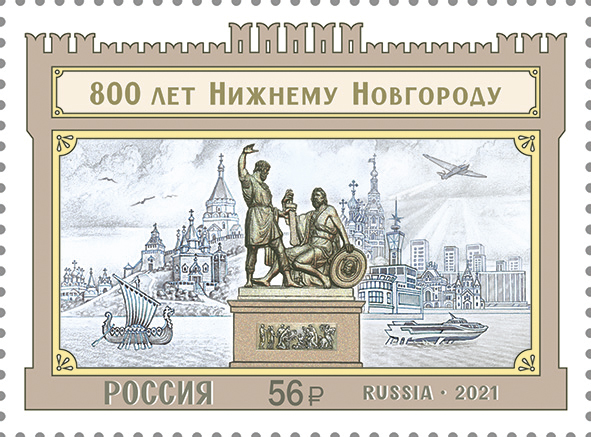 It was founded in 1221 at the confluence of the Volga and Oka rivers. The founder of the city is called the Grand Prince of Vladimir Yuri Vsevolodovich. In 1341, the city became the capital of the independent Nizhny Novgorod-Suzdal Principality, which in the middle of the XV century was annexed to Moscow. Later, Nizhny Novgorod played the role of a guard outpost, had its own permanent army. It was here that Russian soldiers gathered before the campaigns against the Kazan Khanate. Around this time, a stone kremlin was built to replace the wooden one. During the Time of Troubles, Nizhny Novgorod remained one of the few cities that continued to support Moscow. Nizhny Novgorod residents Kuzma Minin and Dmitry Pozharsky made their hometown famous throughout the country after they began to assemble the people's militia, which played a crucial role in the liberation of the country from the Polish invaders.

The rapid economic development of Nizhny Novgorod began in the XIX century, thanks to the appearance of the largest fair in Russia. At this time, powerful industrial enterprises began to appear, and a railway was built. In 1932, Nizhny Novgorod was renamed Gorky. At the same time, one of the largest industrial enterprises, the Gorky Automobile Plant, began operating in the city, which later — during the Great Patriotic War — played a crucial role in achieving victory over the enemy. In 1990, the city again became known as Nizhny Novgorod.

Today, the city is a major center of shipbuilding, aviation, automotive and information technology, as well as the largest center of river tourism in Russia. It is here that numerous international exhibitions are held, which have become the heirs of the famous Nizhny Novgorod Fair.

Product form: a sheet with decorated margins of 12 (3×4) stamps. 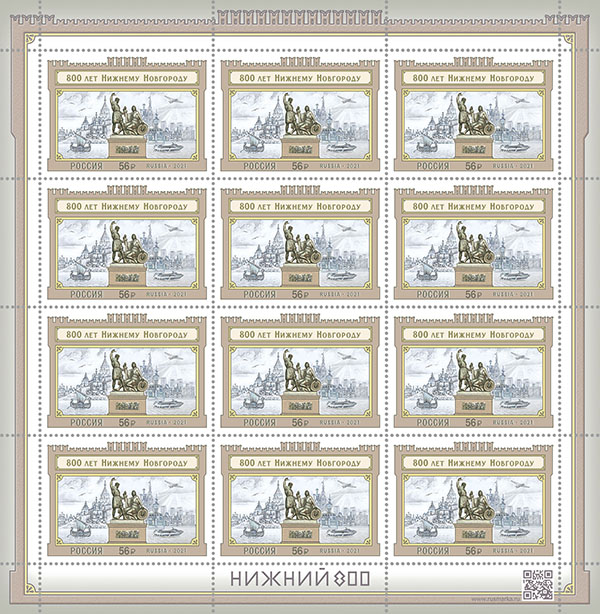 In addition to the issue of the postage stamp, envelopes of the first day were issued and special postmarks were made for Moscow and Nizhny Novgorod. 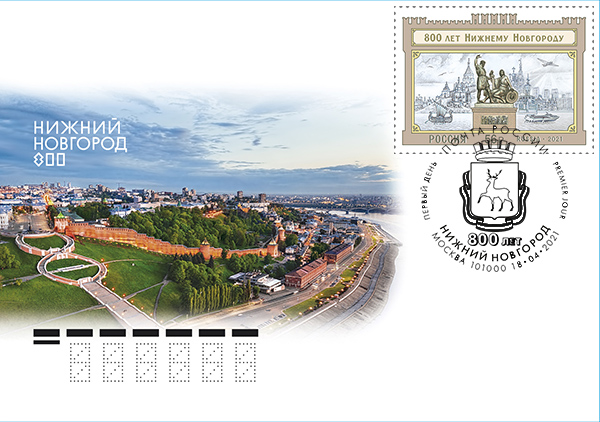 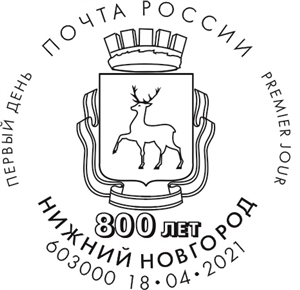 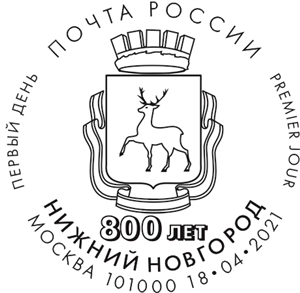