On May 21, as part of the "Nobel Prize Laureates" series, a stamp dedicated to the scientist and public figure Andrei Dmitrievich Sakharov was released into postal circulation 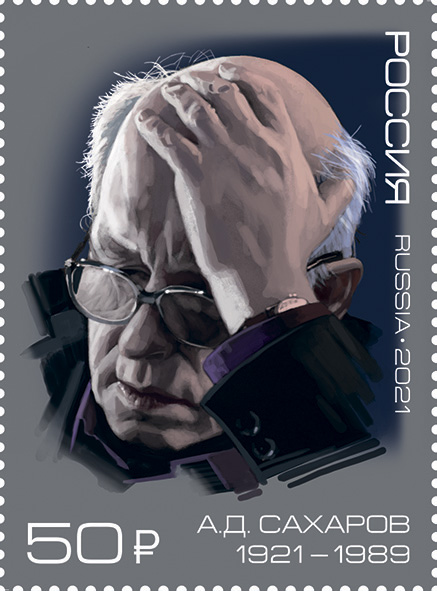 Andrei Dmitrievich Sakharov (1921-1989) - Soviet physicist, academician of the USSR Academy of Sciences, one of the creators of the Soviet hydrogen bomb, public figure and human rights activist, People's Deputy of the USSR, winner of the Nobel Peace Prize, three times Hero of Socialist Labor.

Born on May 21, 1921 in Moscow. In 1944, he graduated from the Faculty of Physics of Moscow State University, then entered the graduate school of the Institute of Physics. Lebedev. He defended his PhD thesis. In 1948, he was enrolled in a special group and until 1968 worked in the field of development of thermonuclear weapons, participated in the design and development of the first Soviet hydrogen bomb. At the same time, Sakharov, together with I. Tamm, worked on the creation of a controlled thermonuclear reaction in 1950-1951. Sakharov has the idea of magnetic cumulation to produce super-strong magnetic fields. In 1953, he defended his doctoral dissertation.

A. Sakharov was also actively engaged in public, human rights and political activities: he advocated for the cessation of nuclear weapons testing, together with V. Chalidze and A. Tverdokhlebov, he founded the Moscow Committee for Human Rights. In 1975, he was awarded the Nobel Peace Prize for "fearless support for the fundamental principles of peace among people" and for "courageous struggle against the abuse of power and any form of suppression of human dignity". In the spring of 1989, he was elected a People's Deputy. As a member of the Constitutional Commission, he proposed a new draft of the Constitution.

The postage stamp depicts a portrait of A.D. Sakharov.

In addition to the issue of the postage stamp, envelopes of the first day were issued and special postmarks were made for Moscow, St. Petersburg and Ulyanovsk. 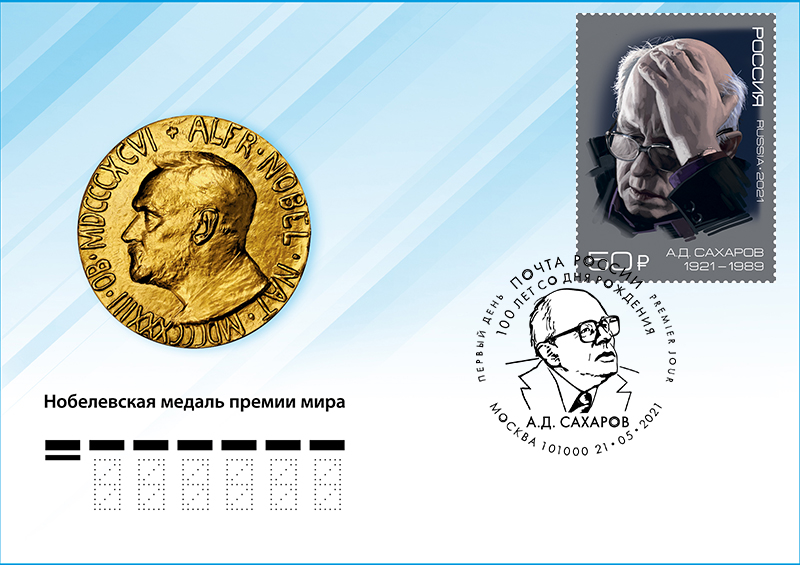 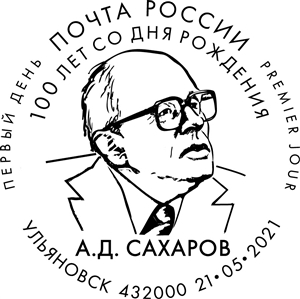 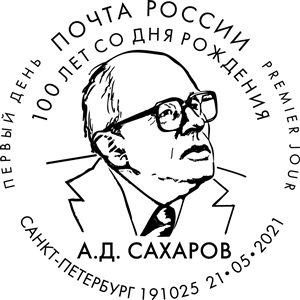 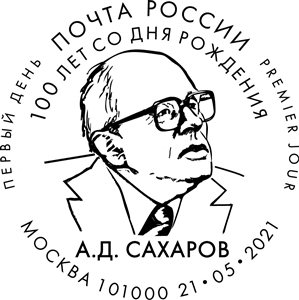