On September 9, stamps were issued as part of the "Cities of Labor Valor" series 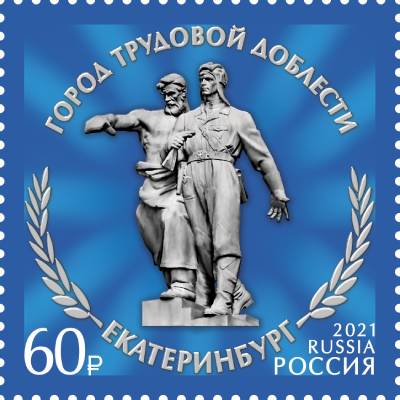 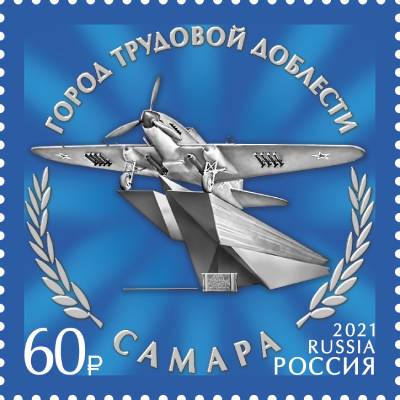 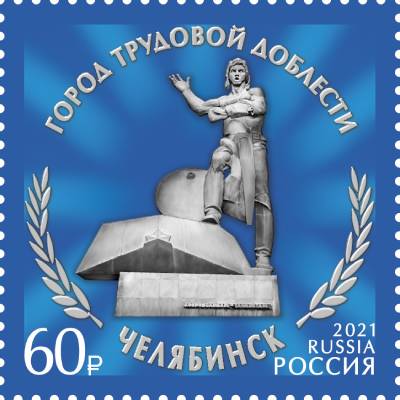 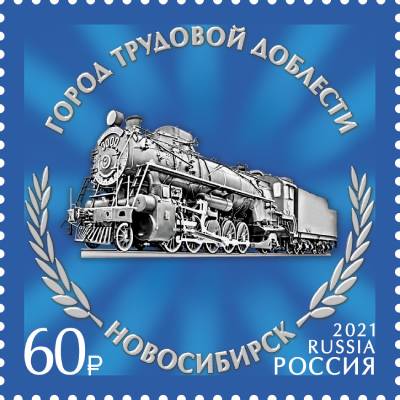 The City of Labor Valor is an honorary title of the Russian Federation established by the federal law of March 1, 2020 "in order to perpetuate the feat of home front workers during the Great Patriotic War of 1941-1945". It is awarded to cities of the Russian Federation whose residents " made a significant contribution to achieving Victory in the Great Patriotic War of 1941-1945, ensuring uninterrupted production of military and civilian products at industrial enterprises located on the territory of the city, and at the same time showing mass labor heroism and dedication."

In 2021, 4 postage stamp plots dedicated to the cities of Yekaterinburg, Novosibirsk,Samara and Chelyabinsk were released.

The postage stamps depict the sights of cities that reflect the valor and labor feat of their inhabitants during the Great Patriotic War. The objects of postage stamps were selected based on the results of voting among the residents of the regions.

Novosibirsk is a memorial of Glory to the home front workers.
The memorial includes a steam locomotive of the FD series ("Felix Dzerzhinsky"), installed in 1980. This 3000th anniversary locomotive was built in 1940 at the Voroshilovgrad Locomotive Plant. It was decided to transfer it to the Tomsk Railway in the Novosibirsk depot, and specifically to the driver Nikolai Lunin, the organizer of the Luninsky movement. During the period of the Great Patriotic War that soon began, Felix Dzerzhinsky No. 3000 drove military echelons along the Tomsk railway.

Samara — IL-2 attack aircraft.
It is a real Il-2 attack aircraft, built in
Kuibyshev at the aviation plant No. 18, shot down in battle during the Great Patriotic War
The Great Patriotic War. The combat vehicle was found in the Murmansk region in the
autumn of 1970 and restored by factory workers. In 1975, the grand opening of the monument took place.

Chelyabinsk is a monument to tank volunteers.
It was installed in 1975 on Kirov Street near the Eternal Flame. It was at this place on May 9, 1943, that the soldiers of the 63rd Chelyabinsk Volunteer Tank Brigade of the Ural Volunteer Tank Corps accepted the order of their fellow countrymen and swore to fulfill it with honor. The monument is a symbol of mutual connection and unity of the front and rear of the country. The figure of a volunteer standing at the tank lid depicts a tank builder worker, who is already wearing a tank helmet and boots, and who calls for battle with a wave of his hand.

In addition, augmented reality technology is implemented on the stamps, videos demonstrating the heroism and labor valor of the residents of these cities during the Great Patriotic War are available through a special mobile application mARka. The videos were prepared and provided by FSUE " VGTRK "( © VGTRK, https://vgtrk.ru). 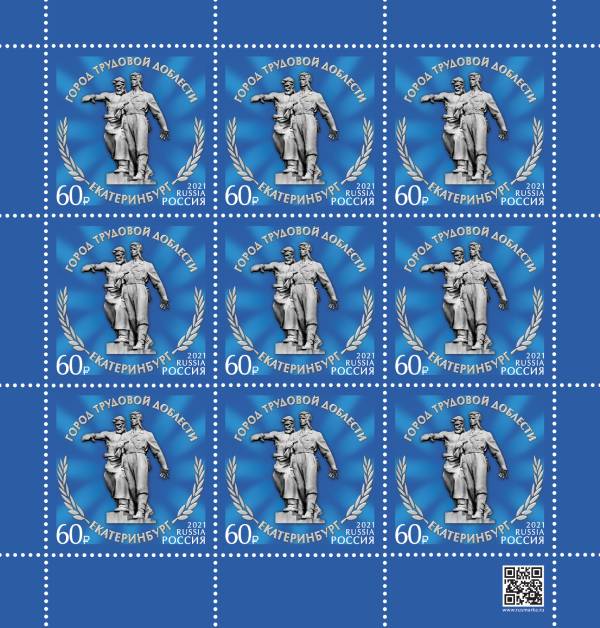 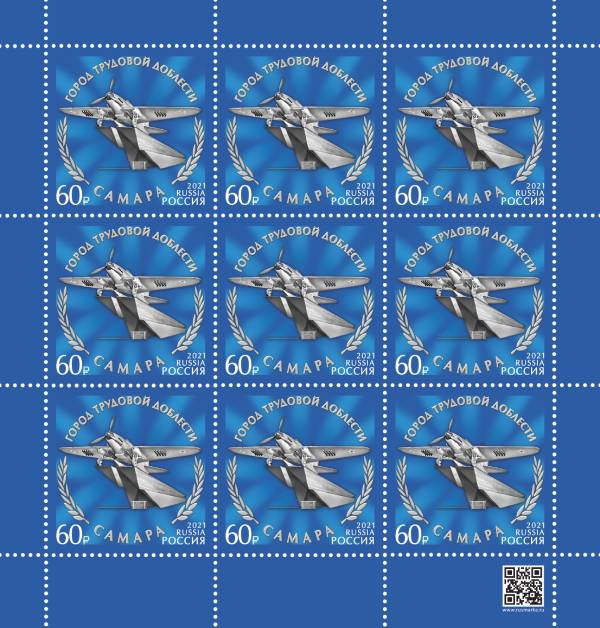 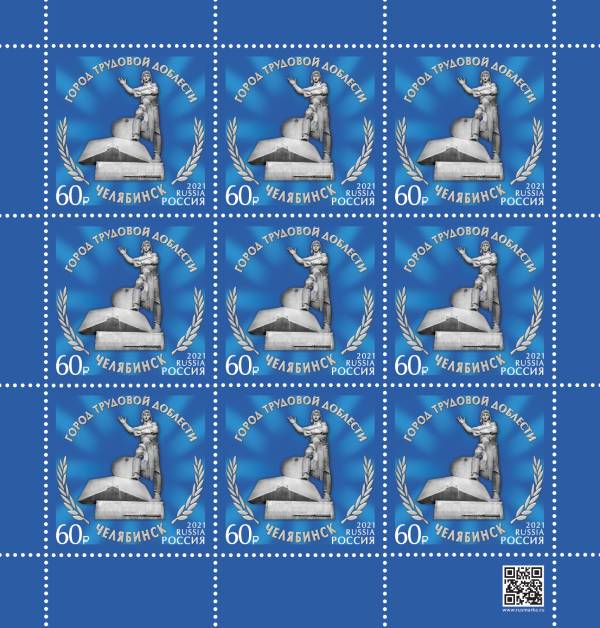 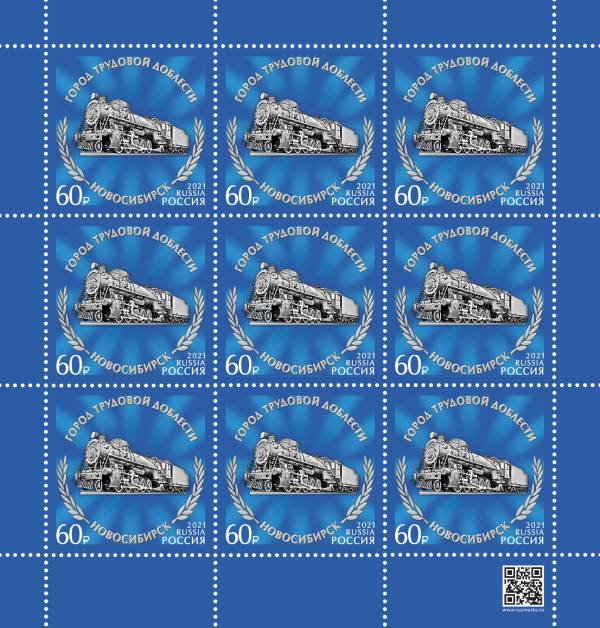 In addition to the issue of postage stamps, envelopes of the first day were issued and special postmarks were made for Moscow, Samara, Novosibirsk, Chelyabinsk and Yekaterinburg. 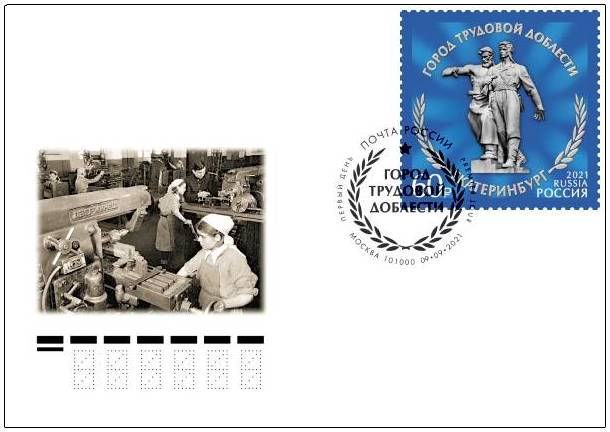 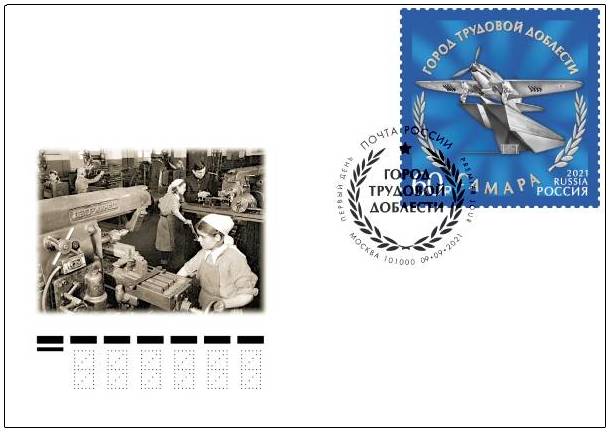 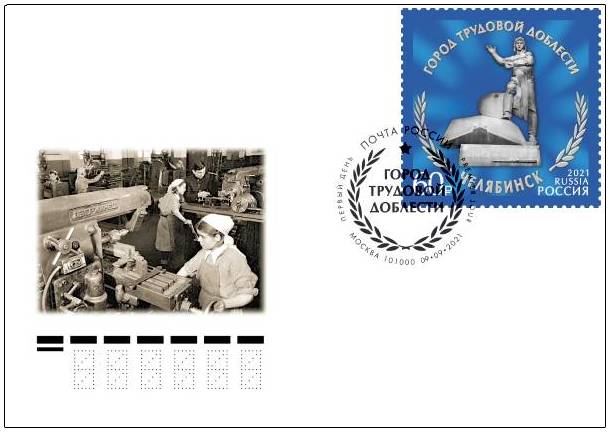 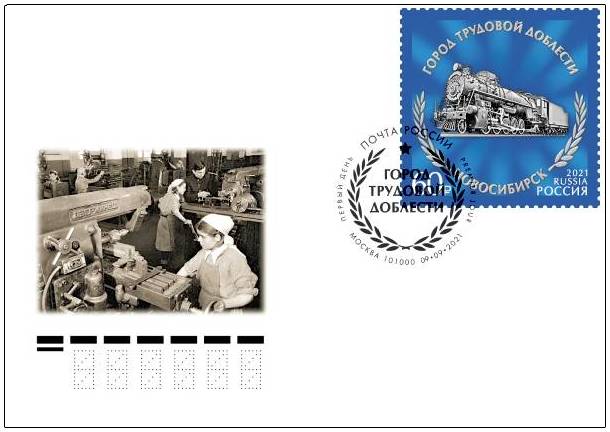 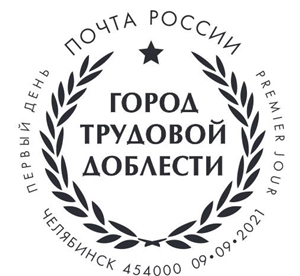 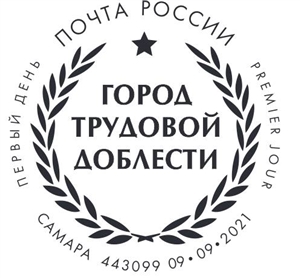 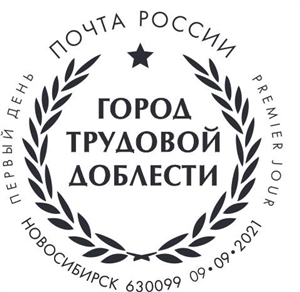 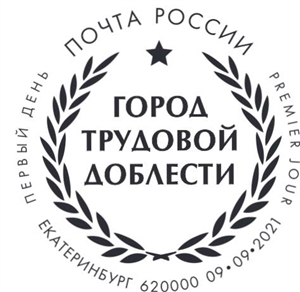 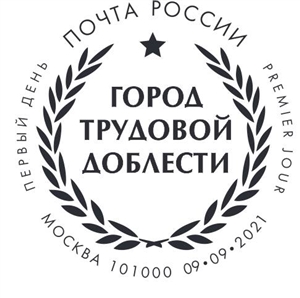