On September 21, as part of the series "To the 80th anniversary of Victory in the Great Patriotic War of 1941-1945", four stamps dedicated to the military uniforms of the Red Army and the Navy of the USSR went into postal circulation 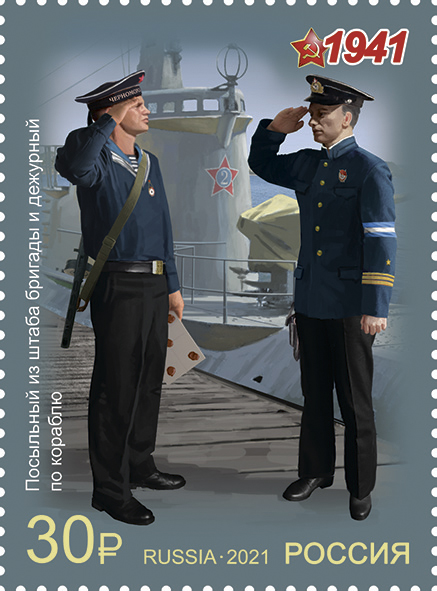 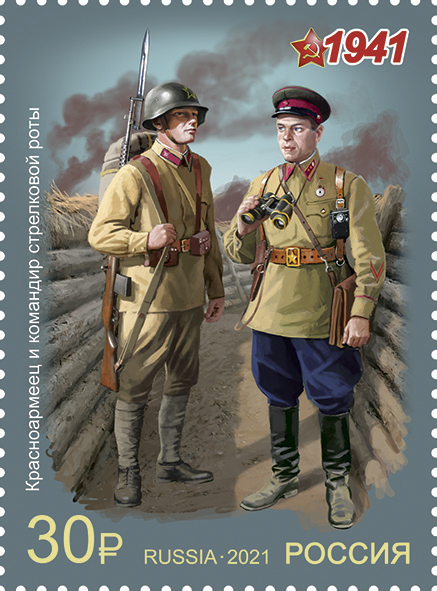 Uniforms and insignia in the Workers 'and Peasants' Red Army (Red Army) changed every few years, adapting to the current demands and requirements of the time. Despite the fact that most of the changes were small, there were turning points in the history of the Red Army uniform.

The uniform in a broad sense appeared in the Workers 'and Peasants' Red Army in the 1920s. Since 1922, the order of 1919 began to operate widely: a single cut of clothing was introduced, buttonholes, the upper part of the shirt and overcoat was equipped with three valves- "conversations". Since the 1920s, the red stars-cockades have replaced the plow with a sickle, approaching the classic model. Since the 1930s, personal military ranks (lieutenant, brigade commander, etc.) have been established in the Red Army, the uniform is divided into everyday, marching and guard, tunics and jackets, waist belts are introduced. In 1935, caps were introduced.

By 1940, a Red Army soldier in the ranks wore a tunic with two chest pockets and a closed strap, a cap with a red star, breeches, boots. All the clothes were khaki. Caps with a colored band (the color meant belonging to the branch of the armed forces) were relied on by the command and commanding staff. Bright insignia were worn on the stand-up collar of the tunic, and were also sewn on the sleeves. As winter clothing, a single-breasted overcoat with a turn-down collar was relied on, on which there were buttonholes in the color of the military branch and insignia. Cotton padded jackets and cotton trousers were also sewn. They wore ear-flapped hats on their heads in winter.

In 1941, in the first months of the war, an order was adopted, according to which from now on all types of troops in the field had to wear uniforms and insignia of protective color. On August 3, 1941, an order was issued, according to which the uniform for women included a beret with a metal star, a coat made of gray cloth, a protective dress made of cloth or wool. In the same year, the sleeve insignia was abolished, the generals began to wear trousers without stripes in everyday uniform.

The postage stamp depicts soldiers in military uniforms of 1941: a Red Army soldier and the commander of a rifle company; a fighter pilot and an airplane mechanic; a loader, a tank commander and a driver mechanic; a messenger from the brigade headquarters and a duty officer on the ship. 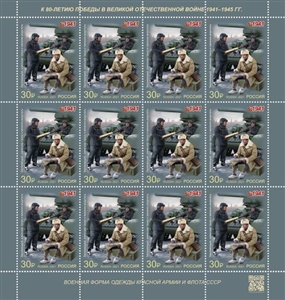 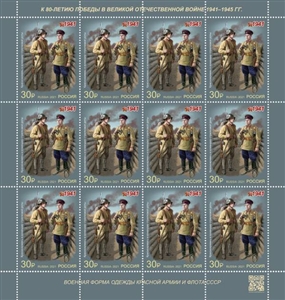 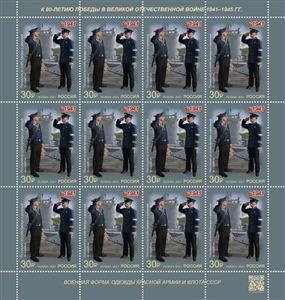 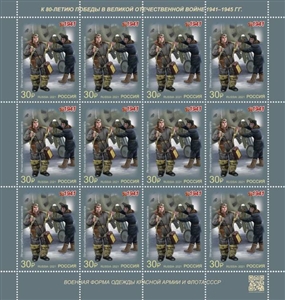 In addition to the issue of postage stamps, envelopes of the first day were issued and special postmarks were made for Moscow and St. Petersburg. 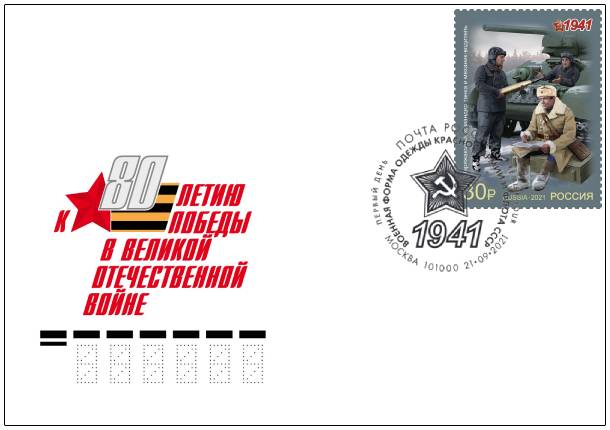 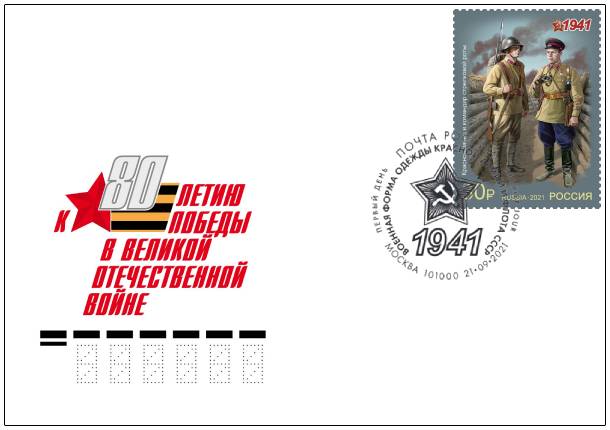 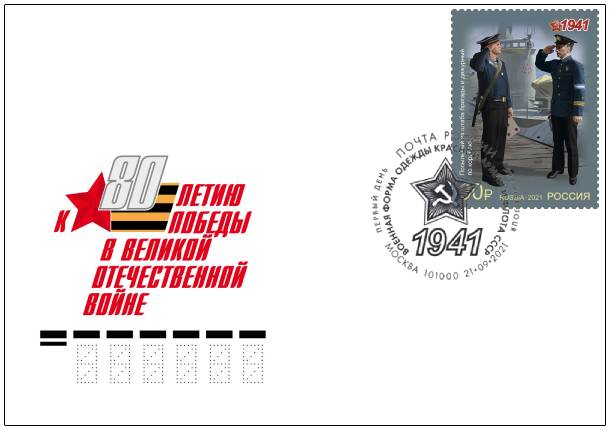 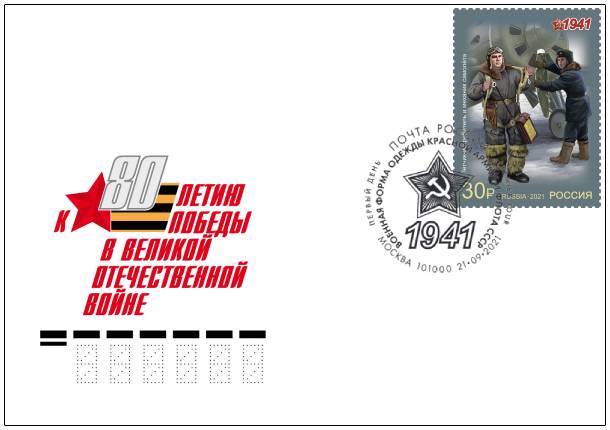 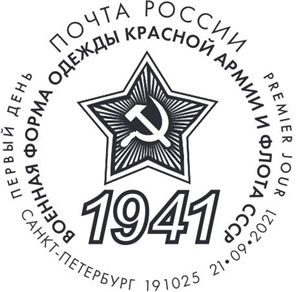