On November 24, two postage stamps dedicated to the Russkie Vityazi and Strizhi aerobatics teams will go into postal circulation

Aerobatics teams Russkie Vityazi and Strizhi were formed almost simultaneously on April 5 and May 6, 1991. Both groups were named by their pilots themselves. The groups are based in Kubinka of the Moscow Region in the composition of the Aircraft Demonstration Center named after I.N. Kozhedub.

Russkie Vityazi is the only aerobatic team in the world performing aerobatics with the Su heavy combat fighters. In 2016, the Russian Vityazi team gradually switched over to a new type of aircraft, multirole fighters Su-30SM (serial, modernized).

Aerobatics team Strizhi performs flights with MiG-29. The current coloring for the Strizhi planes was suggested by the MiG Russian Aircraft Corporation in 2000. This is how the outlines of giant blue birds appeared on the top and bottom of the fuselage of the planes.

The renewed Strizhi and Russkie Vityazi formations (of six aircraft) have been performing since 2014. Each new pilot has to undergo profound training in order to qualify to fly in the team. 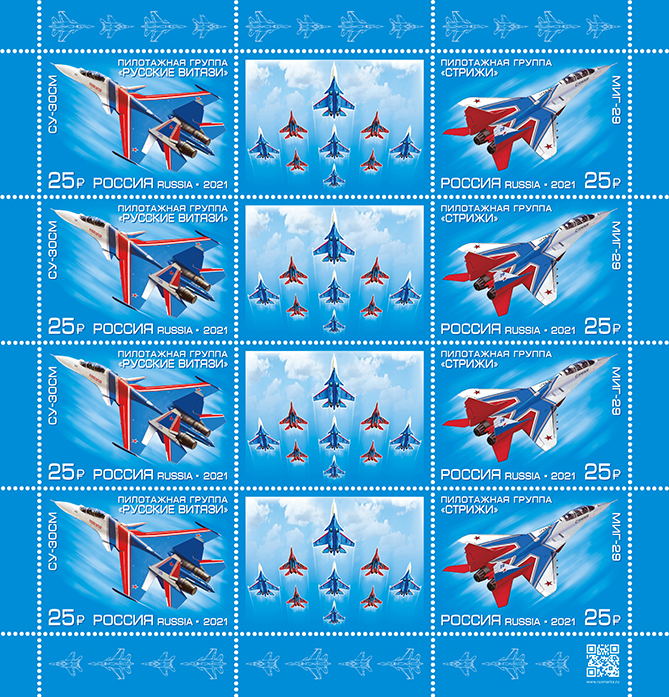 In addition to the issue of the postage stamps, JSC Marka will produce First Day Covers and special cancels for Moscow, Kubinka of the Moscow Region and Sevastopol, as well as an illustrated envelope with the postal stamps, a label and a First Day Cover with a cancel for Moscow inside. 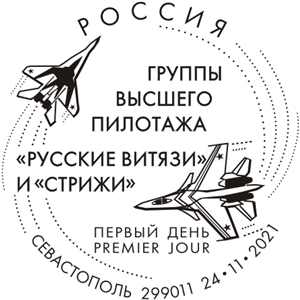 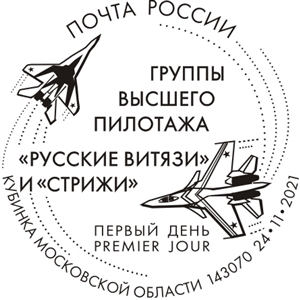 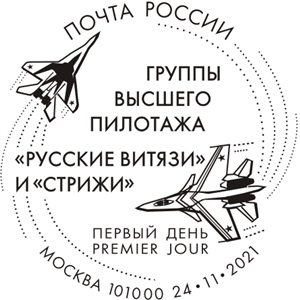