On December 14, block of four Artists for Moscow devoted to the 875th Anniversary of Moscow was put into postal circulation 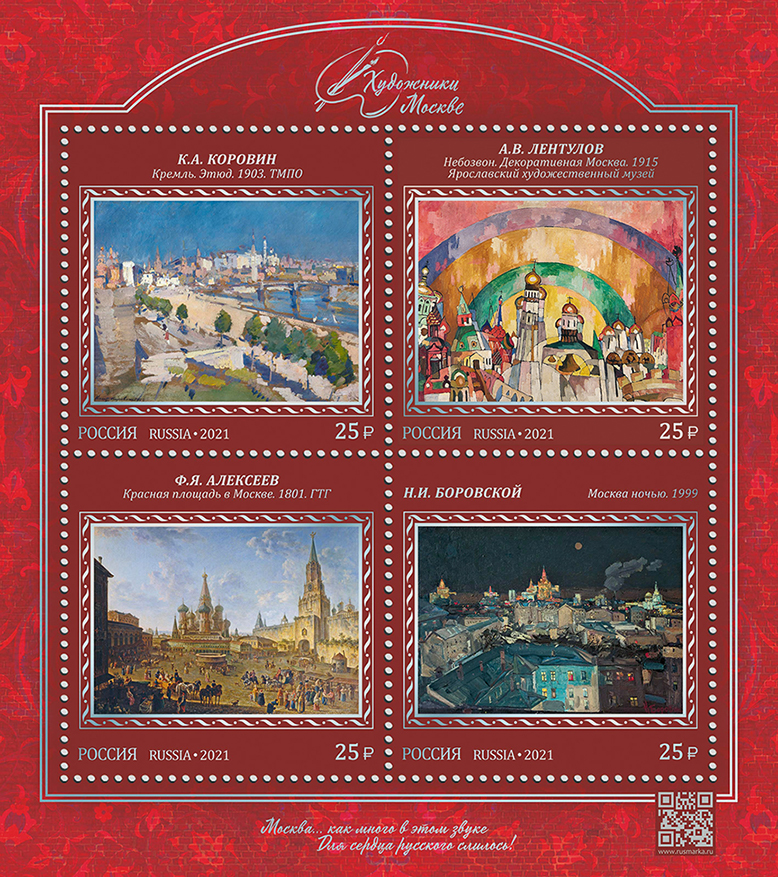 Moscow is the capital of Russia, the largest city in the country in terms of population, a hero city. With its historic buildings, streets and monuments, the city used to attract and is still attracting famous artists from around the world, who picture of the city in all its beauty in their paintings.

— Nebozvon. Decorative Moscow (1915) by A.V. Lentulov (Yaroslavl Art Museum).
Aristarkh Lentulov was a painter, theater artist, one of the pioneers of the Russian avant-garde;

— The Red Square in Moscow (1801) by F.Ya. Alexeev (State Tretyakov Gallery).
Fyodor Alexeev was a painter, one of the founders of the Russian urban landscape, the greatest master of Russian veduta, an Academician of the Imperial Academy of Arts;

— Moscow at Night (1999) by N.I. Borovskoy.
Nikolai Borovskoy is the Chairman of the Moscow Branch of the Union of Artists of Russia, People's Artist of the Russian Federation, Academician and a member of the Presidium of the Russian Academy of Arts.

In addition to the issue of the block of four, JSC Marka will produce First Day Covers and a special cancel for Moscow. 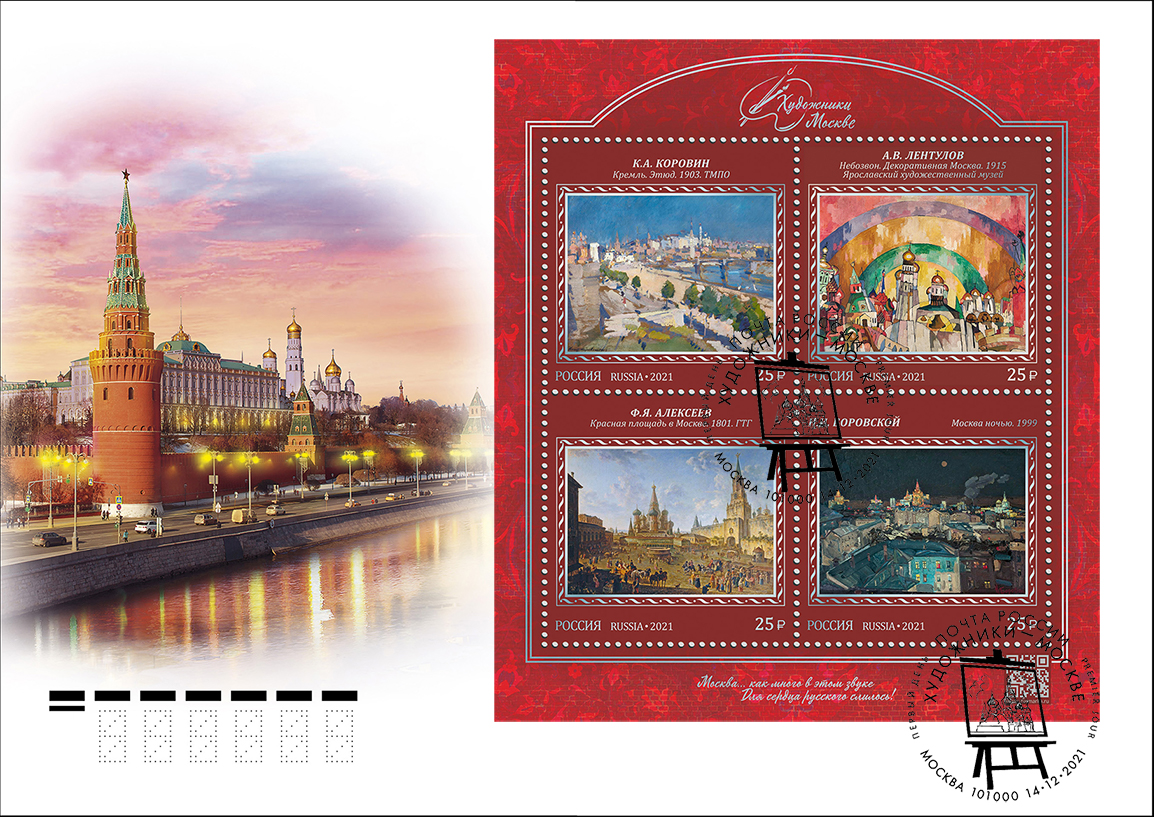 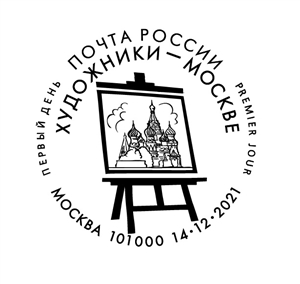