On December 15, a stamp dedicated to the feat of the people’s volunteer army was put into postal circulation in the On the 80th Anniversary of the Victory in the Great Patriotic War 1941–1945 series 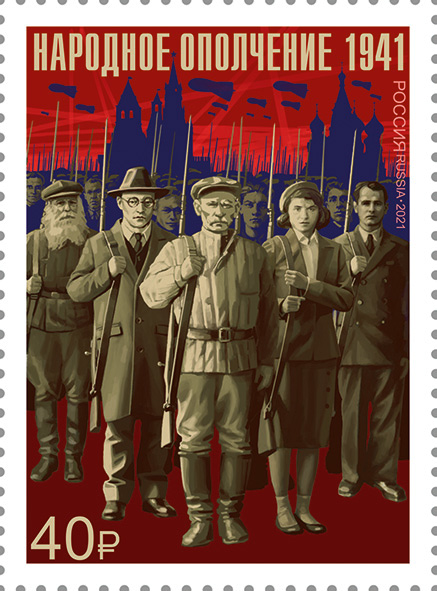 The people's volunteer army during the Great Patriotic War consisted of military and paramilitary units of persons unliable to the time-urgent mobilization call-up; these units were intended to provide support to the Red Army.

Hundreds of thousands of people (workers, office staff, students, collective farmers, workers of science, technology, culture, etc.) applied to Party and Soviet authorities, to military commissariats with a request to send them to the front. On the initiative of the people, the formation of workers' detachments, communist battalions, detachments of Party and Soviet activists, and self-defense groups started in many cities. On June 24, 1941, the Council of People's Commissars of the USSR adopted a Resolution that affirmed the formation on a voluntary basis of battalions in the forward edge of battle area to protect facilities behind the lines of the Soviet troops and to fight with enemy’s sabotage and landing groups.

On the initiative of the Leningrad Party organizations and the workers of the city, the formation of divisions of the people's volunteer army began at the end of June of 1941. The Central Committee of the Communist Party gave fiat to the initiative of the citizens of Leningrad and extended it to other cities. The first to respond to the call were Moscow and the Moscow Region. In July alone, Moscow numbered 12 divisions of the people's volunteer army, and by October 4, more divisions were formed. In total, Moscow fielded 160,000 volunteers, including 20,000 from the Region. Volunteer armies began to get organized in the cities located not only in the path of enemy attacks, but also far beyond the front lines. The creation of people's volunteer units was carried out with the assistance and on the model of the Red Army units. The command positions of division and regiment commanders were filled by regular military officers, while the rest were filled by reserve commanders.

The role of the volunteer army became very important for strengthening the Red Army. The Motherland appreciated the militiamen feat; many of them were awarded orders and medals and granted the title of Hero of the Soviet Union.

The postage stamp provides images of militiamen from different layer of society against the Red Square in Moscow.

In addition to the issue of the postage stamp, JSC Marka will produce First Day Covers and special cancels for Moscow, Perm and St. Petersburg. 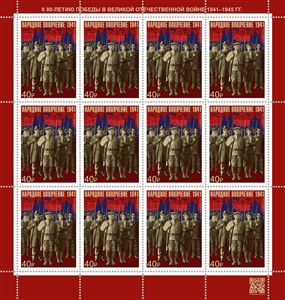 In addition to the issue of the postage stamp, JSC Marka will produce First Day Covers and special cancels for Moscow, Perm and St. Petersburg. 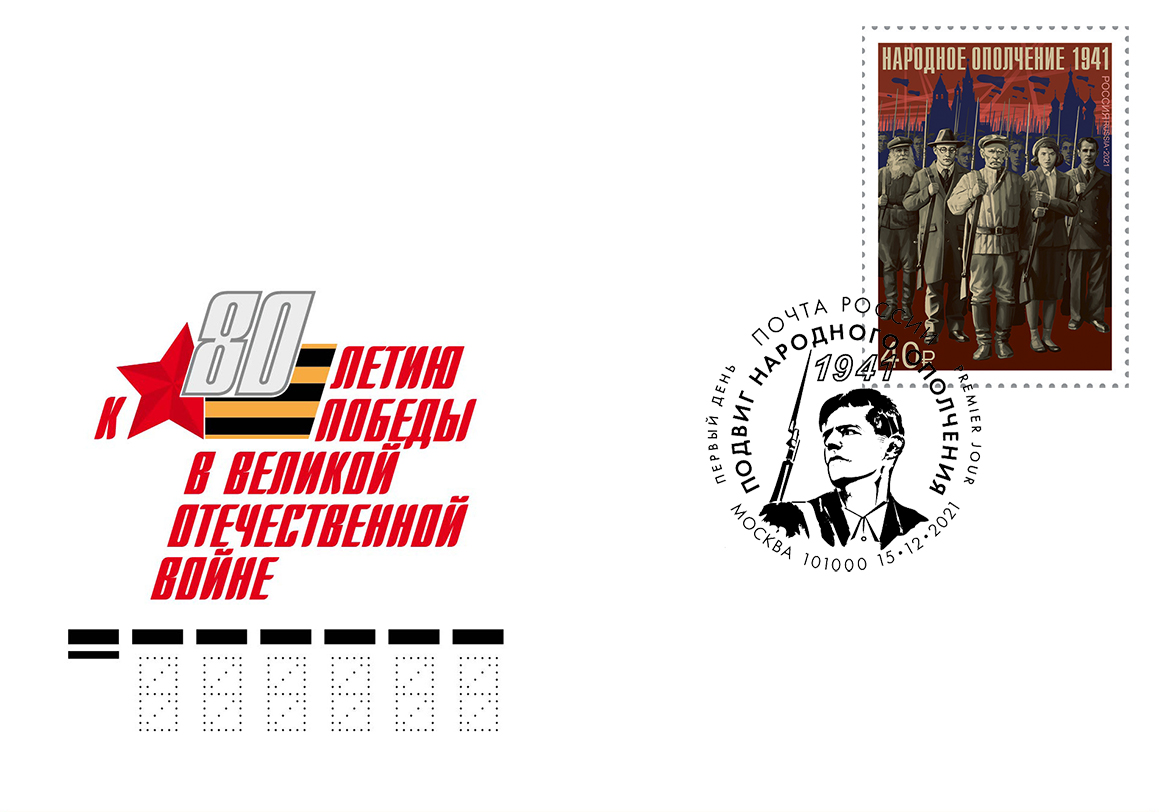 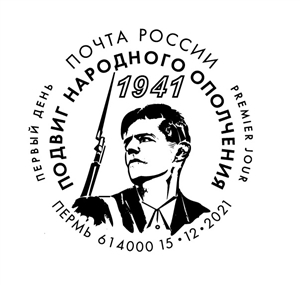 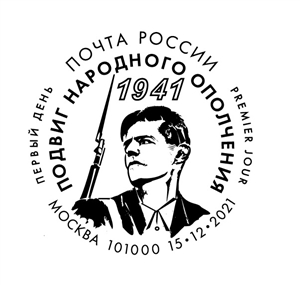