On June 15, a stamp dedicated to the 125th Birth Anniversary of P. Belyusov, military leader, the founder of the State Secret Protection Service was put into postal circulation 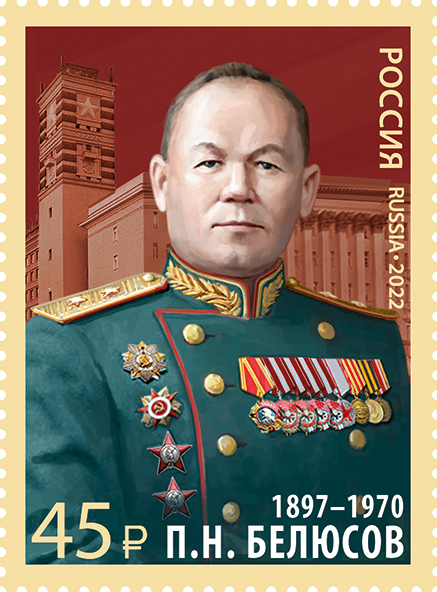 Peter Belyusov (1897–1970) was a Soviet military leader, one of the founders and heads of the Encryption Service of the Armed Forces of the USSR, Lieutenant General.

Peter Belyusov was born on January 26, 1897, in the Saratov Province. He participated in the World War I. In 1918, he voluntarily joined the Red Army. He served as a Red Army soldier, platoon commander and assistant squadron commander in the 11th Separate Saratov Railway Regiment. In 1920, he finished the 34th Saratov infantry and machine-gun command courses, and in 1936, graduated from the Frunze Military Academy of the Red Army.

The establishment of the 8th Division of the Red Army General Staff in 1941 was an important step in the development of the Encryption Service; it increased its role in ensuring covert control of the troops and preservation of state and military secrecy. Under Belyusov's leadership, the Encryption Service of the General Staff of the Armed Forces of the USSR carried out reliable and encrypted transmission of orders and other information of the High Command of the Supreme Commander-in-Chief to successfully ensure all large-scale operations of Soviet troops and Naval forces, as well as the Teheran, Yalta and Potsdam Conferences.

After the end of the War, proceeding from the experience of encryption bodies of fronts, military districts and fleets, new documents regulating in detail the activity of the encryption service were developed and put into force. Besides, a unique specialized military educational institution was created for training information security specialists: the Krasnodar Military Academy named after Army General Sergey M. Shtemenko.

The postage stamp provides a portrait of Peter Belyusov against the building of the People's Commissariat of Defense of the USSR. 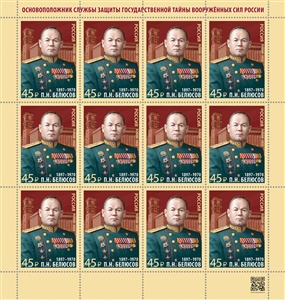 In addition to the issue of the postage stamp, JSC Marka produced First Day Covers and special cancels for Moscow and Penza. 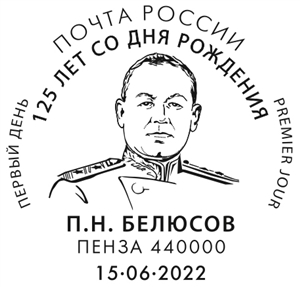 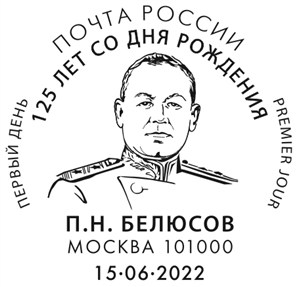