The series is not listed by SG

For more information about Oeceoclades maculata, you can search for GOOGLE 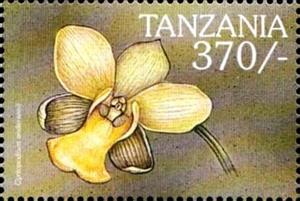