During the final match at the 1988 Summer Olympics in Seoul.

For more information about Romario de Souza Faria (Brasil) and Yury Savichev (USSR), you can search for GOOGLE 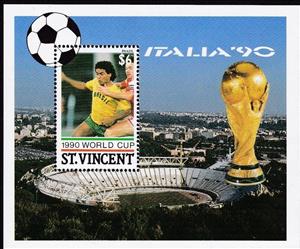