"Gift to our little shirtless". This stamp was attached to clothes and toys gave as presents by the argentinian government

For more information about Perón & Evita, you can search for GOOGLE 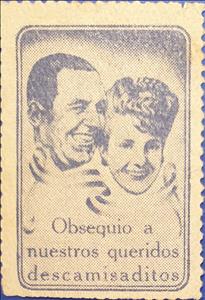