Souvenir Sheet 155th Anniversary of the Salvation Army it reflects the thematic directions: 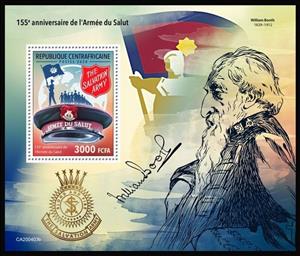