Also in the issue Founding of Grytviken, Cent.:

For more information about Whale catcher "Fortuna", you can search for GOOGLE 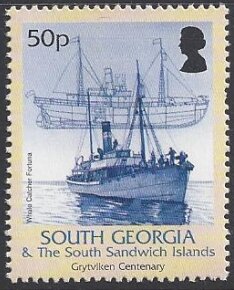