Stamp To prosperity overprinted "JAMHURI 1964" it reflects the thematic directions:

For more information about To prosperity overprinted "JAMHURI 1964", you can search for GOOGLE 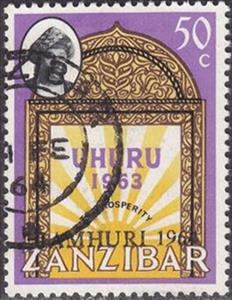