Also in the issue José Martí: Route of Glory:

For more information about Playita de Cajobabo April 11 - Dos Ríos May 19, 1895, you can search for GOOGLE 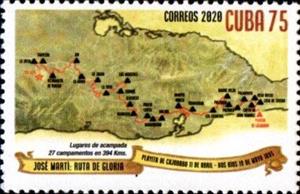