Also in the issue Stamps of Great Britain Overprinted 'NAURU':

For more information about King George V "Seahorses" - Overprinted 'NAURU', you can search for GOOGLE 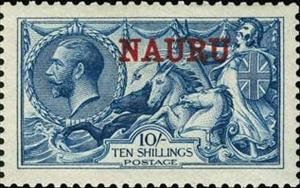