Also in the issue Edition with overprint O.S. (Type II):

For more information about Queen Victoria overprinted by O.S., you can search for GOOGLE 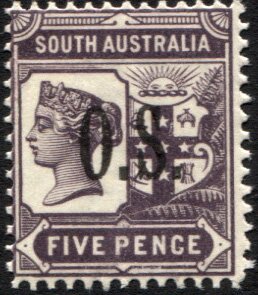