Stamp from souvenir sheet. Although this edition is authorized by the Guinean Postal Administration, it was not sold in Guinea, but was only distributed to the news retailer by the Guineas philatelic agency.

For more information about Russian Blue, you can search for GOOGLE 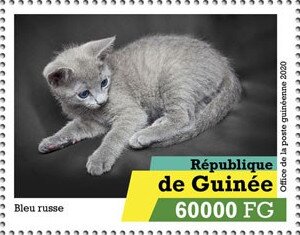