Also in the issue 101st Birthday of Elizabeth the Queen Mother:

For more information about Birthday of Queen Elizabeth the Queen Mother, you can search for GOOGLE 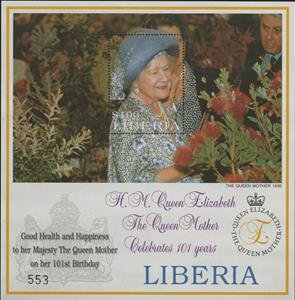