According to Gibbons this was an unauthorized issue.

Also in the issue In Memory of The Queen mother:

For more information about Queen Mother - In memoriam, you can search for GOOGLE 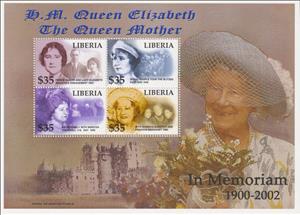