100th Anniversary of the Communist Party of China (Niger 2021)

Souvenir Sheet 100th Anniversary of the Communist Party of China it reflects the thematic directions: 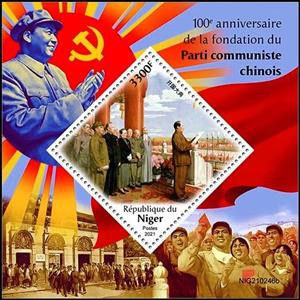