80th Anniversary of the Attack on Pearl Harbor (Niger 2021)

Souvenir Sheet 80th Anniversary of the Attack on Pearl Harbor it reflects the thematic directions: 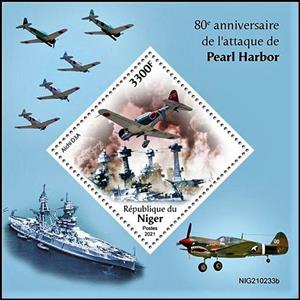