Stamp from Mini Sheet. No white margin around design.

Also in the issue Butterflies of the World (2020):

For more information about Common Buckeye (Junonia coenia), you can search for GOOGLE 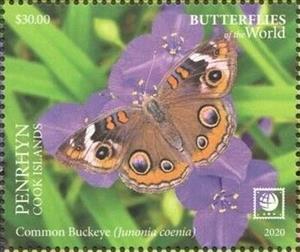