Also in the issue 80th Birthday of Queen Elizabeth II:

Mini Sheet The Eight Decade it reflects the thematic directions:

For more information about The Eight Decade, you can search for GOOGLE 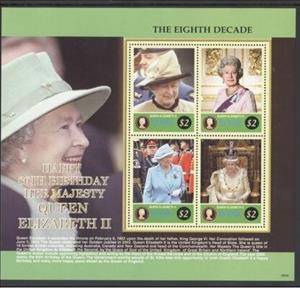