Stamp: Harry and Meghan with Archie (Saint Vincent and The Grenadines 2019)

Harry and Meghan with Archie (Saint Vincent and The Grenadines 2019)

Also in the issue Birth of Archie Harrison Mountbatten-Windsor:

Stamp Harry and Meghan with Archie it reflects the thematic directions:

For more information about Harry and Meghan with Archie, you can search for GOOGLE 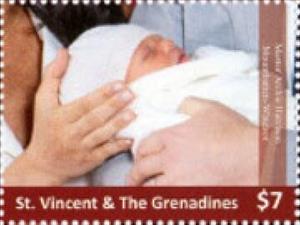