For more information about President George H.W. Bush with President Barrack Obama, you can search for GOOGLE 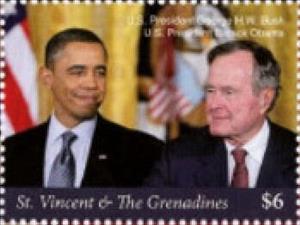