Also in the issue WWI Centenial Memorial - US President Trump Visit to France:

For more information about President Trump, President Macron & First Ladies, you can search for GOOGLE 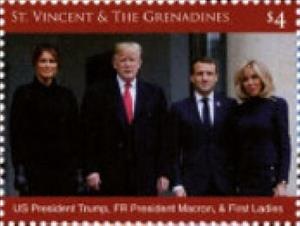