2001 - The 101st Anniversary of the Birth of Queen Elizabeth the Queen Mother. Color of frame - Orange Yellow and Label attached and limited edition Serial Numbers. 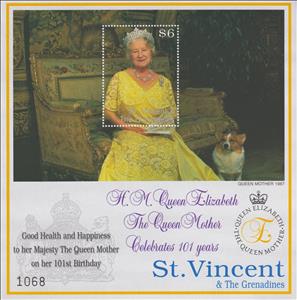