Issue acknowledged by the postal authorities of Togo, but only distributed by their philatelic agent for collecting purposes.

Also in the issue Paintings by Vincent van Gogh:

For more information about Paintings by Vincent van Gogh, you can search for GOOGLE 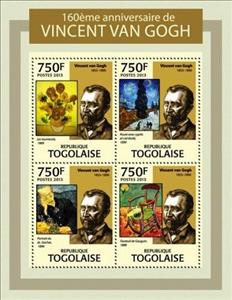