Stamp from booklet Mi:UA MH8. Regard size and perforation!

For more information about Ukrainian Plast members of 1920s, you can search for GOOGLE 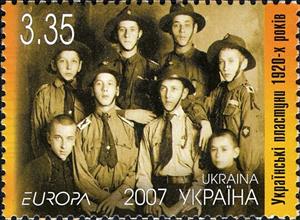