Also in the issue Argentina's victory in World Cup Soccer: 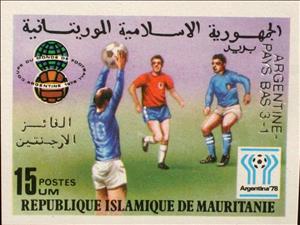