Also in the issue 155th Anniversary of Paul Signac:

For more information about "Portrait of M. Félix Fénéon" (detail), by Paul Signac, you can search for GOOGLE 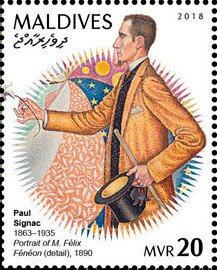