Also in the issue 150th Anniversary of Birth of Mahatma Gandhi (2019):

Stamp 150th Anniversary of Birth of Mahatma Gandhi it reflects the thematic directions:

An advocate is a type of professional person in several different legal systems and it is also a commonly used honorific for remarkable lawyers, such as in "Adv. Sir Alberico Gentili". The broad equivalent in many English law-based jurisdictions can be a barrister. However, in Scottish, South African, Italian, French, Spanish, Portuguese, Scandinavian, Polish, South Asian and South American jurisdictions, advocate is also a word to indicate lawyers of superior classification.

For more information about 150th Anniversary of Birth of Mahatma Gandhi, you can search for GOOGLE 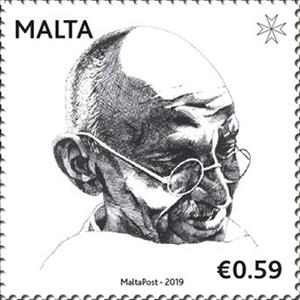