This item was illegally produced without the authorization of the postal administration inscribed on the stamps. They have no postal validity.

Also in the issue Burkina Faso:

For more information about Cephalorhynchus Hekvisiddi, you can search for GOOGLE 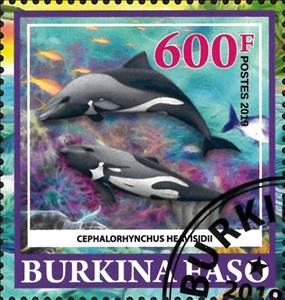