Although this issue was authorized by the postal administration of Guinea, the issue was not placed on sale in Guinea, and was only distributed to the new issue trade by Guinea's philatelic agent.

For more information about Dolphins, you can search for GOOGLE 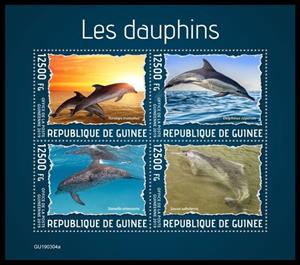