27 July (Djibouti ) within release Flora from all over the World goes into circulation Souvenir Sheet Mushrooms face value 1,000 Djiboutian franc

Also in the issue Flora from all over the World:

For more information about Mushrooms, you can search for GOOGLE 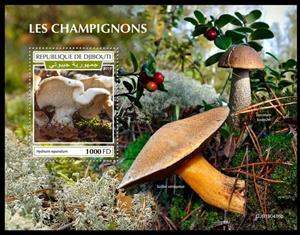