Also in the issue Winners 1978 FIFA World Cup in Argentina: 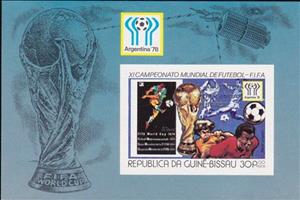