Issued in panes of 10

Also in the issue Links with China - Woodland Wildlife (2019):

For more information about Stoat (Mustela erminea), you can search for GOOGLE 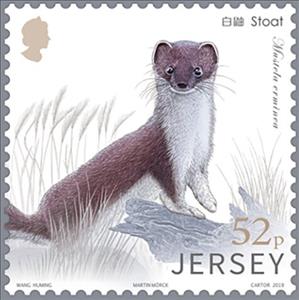