stamp from se-tenant strip of five

For more information about Subantarctic Fur Seal (Arctocephalus tropicalis), you can search for GOOGLE 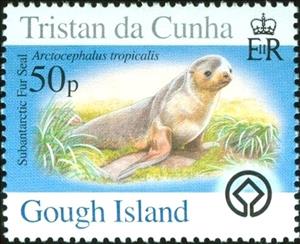