Black overprint only in Arabic: for refugees

For more information about Konrad Adenauer (1876-1967) - overprinted, you can search for GOOGLE 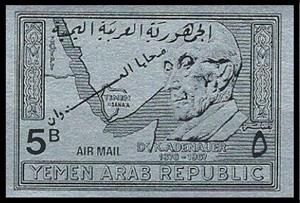