Telegraph stamp overprinted "Spl. Adh." in black - stamp not recorded without the overprint Year of issue is approximate

Also in the issue Special Adhesive:

For more information about State Emblem, you can search for GOOGLE 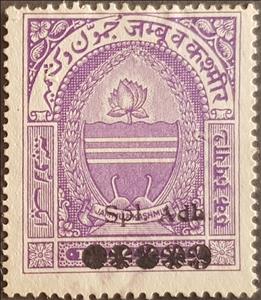